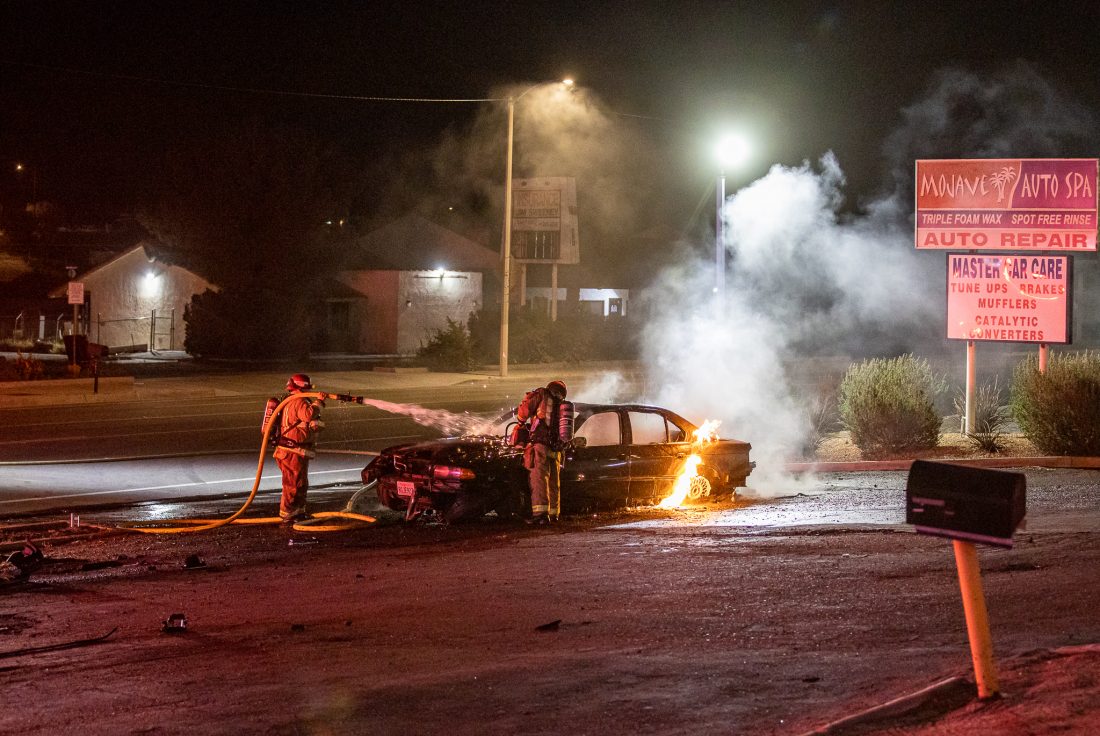 VICTORVILLE, Calif. (VVNG.com) — A driver managed to escape without injury after a crash that caused his vehicle to catch fire Tuesday night.

It happened at about 9:00 pm on April 21, 2020, where Village Drive curves, just south of Tawney Ridge Lane in Victorville.

Sheriff’s spokeswoman Mara Rodriguez said the owner of a 1997 BMW was traveling on Village Drive when he lost control of the car and drove over the curb line.

“He pulled into a parking lot and after getting out of the car, noticed it caught fire,” stated Rodriguez. “When deputies arrived, the car was fully engulfed.”

The vehicle was towed from the scene, no injuries were reported.