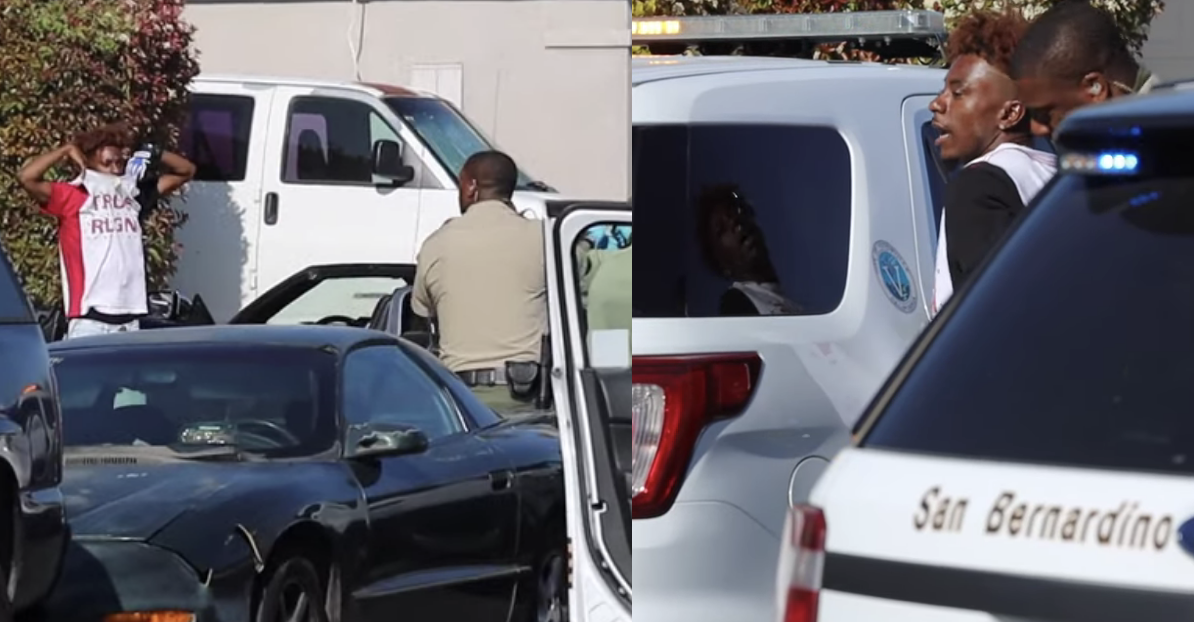 VICTORVILLE, Calif. (VVNG.com) — A 24-year-old previously convicted felon arrested after leading Victorville police on a pursuit Tuesday afternoon, was released a couple of hours later due to the statewide zero bail policy.

It happened on April 21, 2020, at about 4:29 pm, when Deputy N. Collas and Deputy A. Prera, attempted to conduct a traffic stop on the driver of a 2014 Jaguar, who was violating CVC5200(A) by not having a front license plate displayed on the vehicle.

The driver, later identified as a convicted felon, David Deon Porter, failed to yield near the intersection of Hook Blvd and Elevado Road and a vehicle pursuit ensued, officials said.

“During the pursuit, Porter drove erratically at excessive speeds through residential neighborhoods and ran multiple stop signs in the process. The pursuit covered approximately 1.6 miles and came to an end when Ported stopped the Jaguar in the 14600 block of Rosemary Dr,” stated sheriff’s officials.

Porter stopped the vehicle in a driveway of a residence and deputies shouted out commands and he was taken into custody without incident.

Sheriff’s officials said during the follow-up investigation they discovered the license plate Porter had on the back of the Jaguar belonged to a different vehicle.

Porter was arrested and booked at High Desert Detention Center for felony evading a Peace Officer with disregard for safety.

“In compliance with the statewide Emergency Bail Schedule, issued by the California Judicial Council, bail for most misdemeanor and felony offenses must be set at $0. Because of this criteria, David Deon Porter was booked into High Desert Detention Center and released from custody following the booking process,” stated sheriff’s officials.

Anyone with information about this investigation is asked to contact Deputy Collas or Deputy Prera at the Victorville Police Department at (760) 241-2911 or Sheriff’s Dispatch at (760) 956-5001. Callers wishing to remain anonymous are urged to call the We-Tip Hotline at 1-800-78CRIME (27463) or you may leave information on the We-Tip website at www.wetip.com.