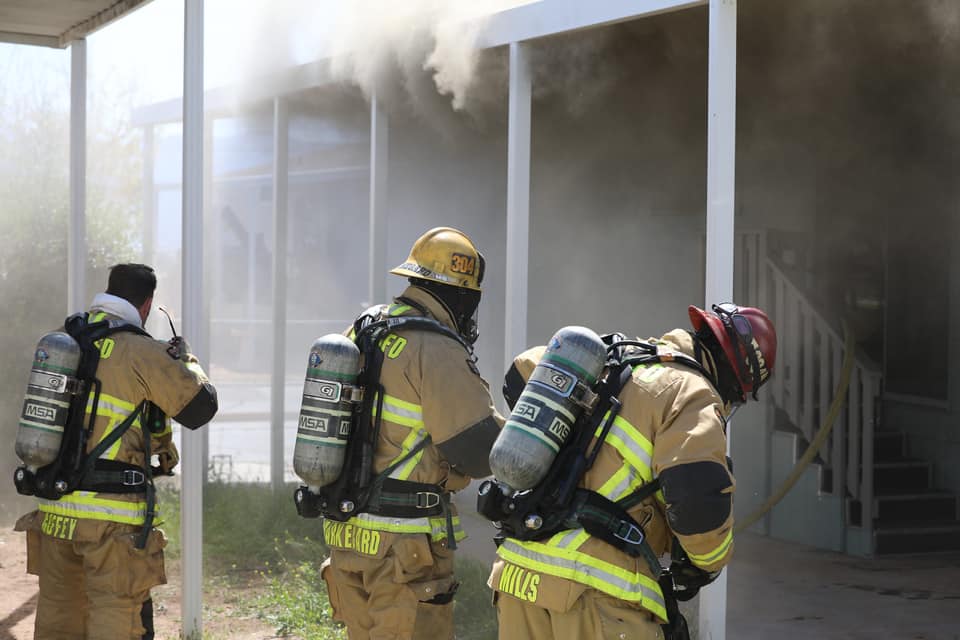 At about 10:16 am, on April 22, 2020, fire crews were dispatched to a residential structure fire inside the High Chapparal Mobile Home Park in the 8400 block of G Avenue.

Medic Engine 302 arrived within 5 minutes and found smoke and fire showing from the rear portion of a doublewide mobile home.

“Once additional units arrived on scene, crews coordinated ventilation and an interior fire attack to suppress the fire. The fire was knocked down in approximately 15 minutes,” stated McClintock.

Crews conducted a search of the mobile home and it came up clear.

McClintock said the mobile home was severely damaged by fire damage and is uninhabitable. No damage estimates were available at the time of the release.

The cause of the fire is under investigation.