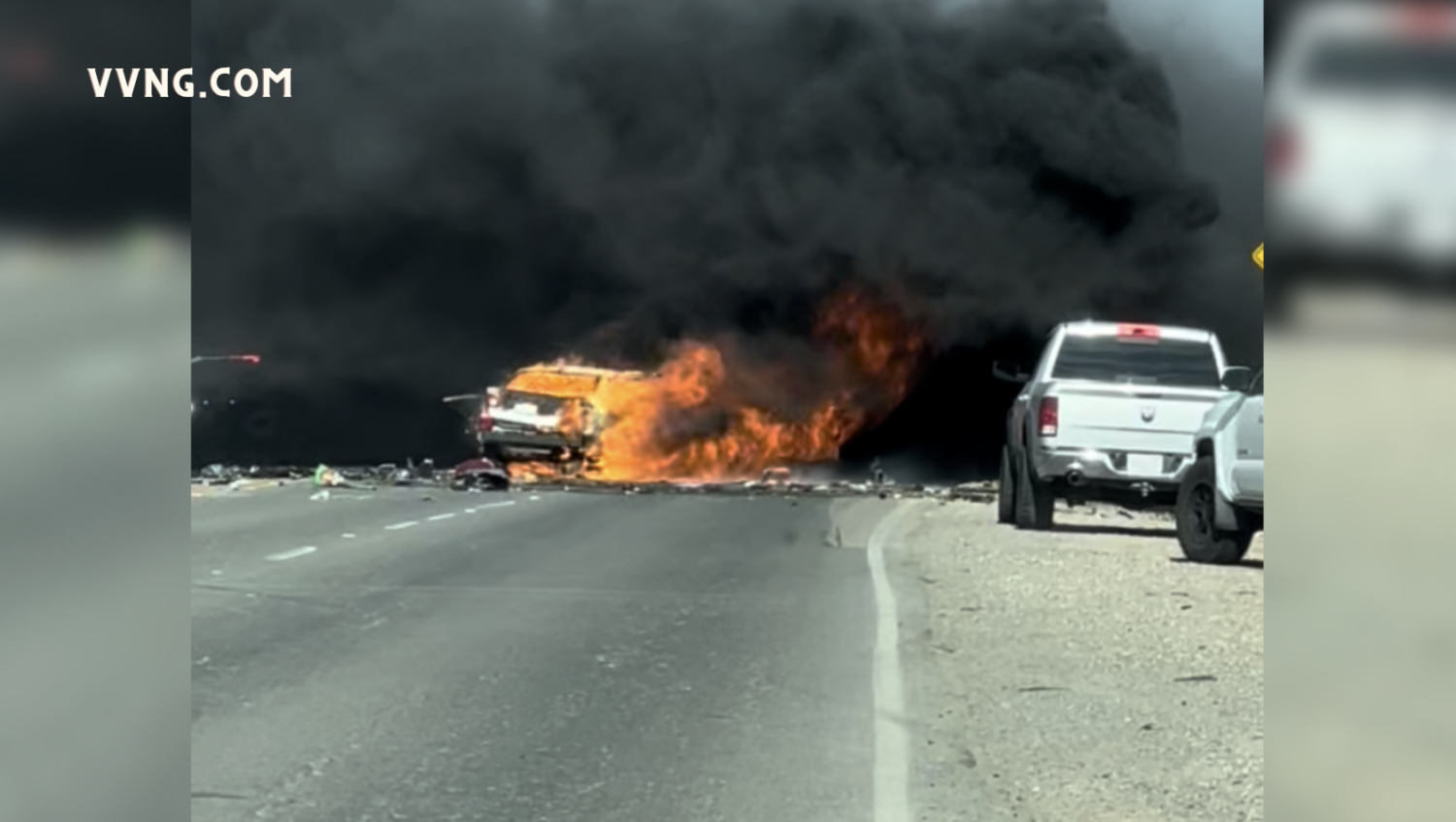 VICTORVILLE, Calif. (VVNG.com) — A 25-year-old man was killed after a head-on multi-vehicle crash with fire Sunday afternoon in Victorville.

According to a sheriff’s news release, “through preliminary investigation, it appeared the Toyota Corolla traveled west on Air Expressway Boulevard and attempted to pass a vehicle by merging into oncoming traffic. The Corolla collided head-on with a Chevrolet Silverado followed by a Kia Soul.”

The Corolla and the Silverado were immediately engulfed in flames. The impact caused the Soul to roll multiple times and struck a Volkswagen Jetta.

The driver of the Corolla suffered significant injuries and despite lifesaving efforts, he succumbed to his injuries at the scene. His identity is pending notification.

Investigators from the Victorville Major Accident Investigation Team (MAIT) responded to the scene and assumed the investigation.

Anyone who may have witnessed this collision is urged to contact Deputy Tyler Whitcomb or Sergeant Nicholas Clark at the Victorville Sheriff’s Station (760) 241-2911.