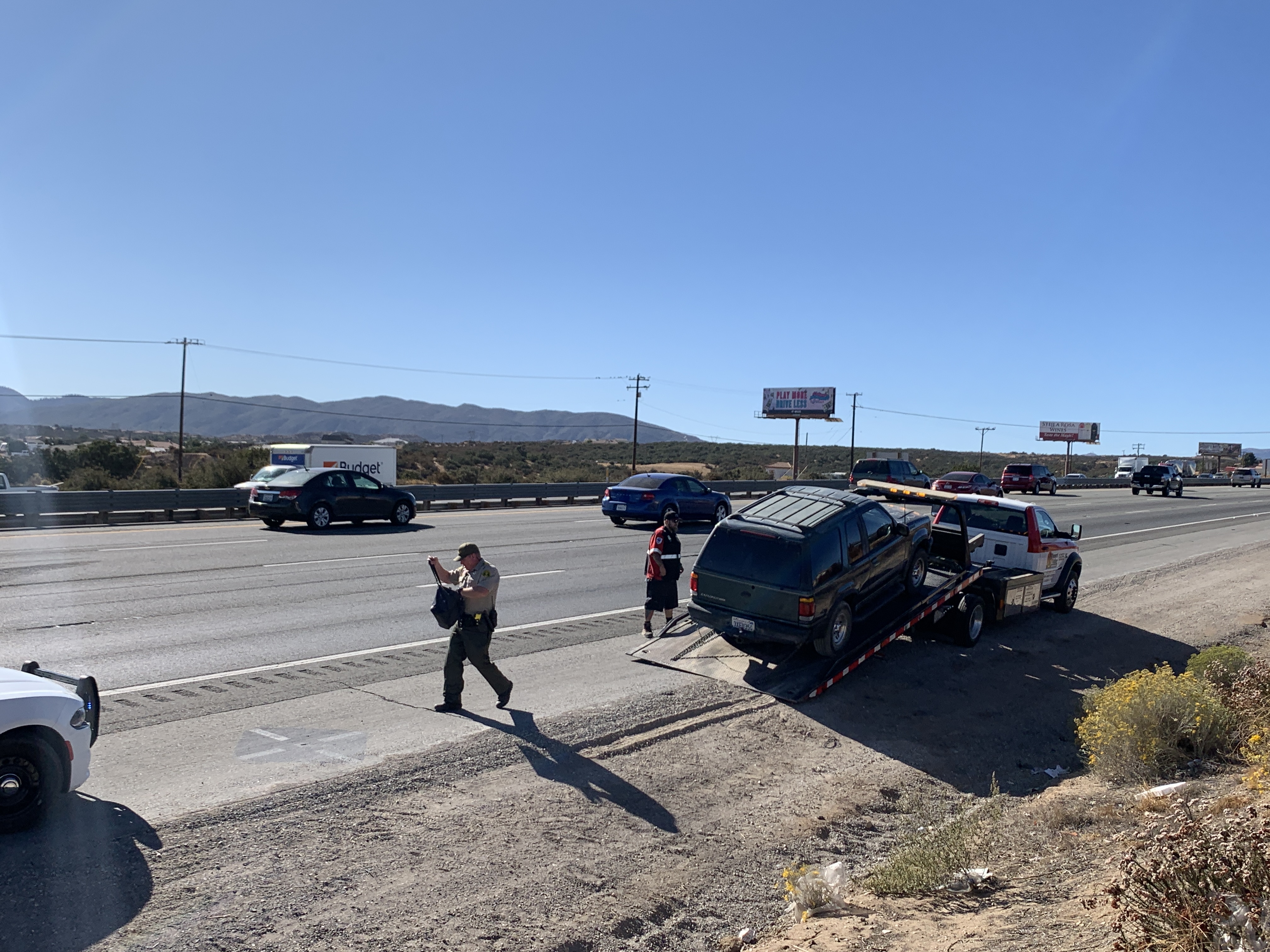 APPLE VALLEY, Calif. (VVNG.com) — A homeless couple is under arrest and facing child endangerment charges after they led police on a pursuit with their 11-year-old autistic child inside the vehicle.

On Wednesday, October 23, 2019, at 9:27 am, Deputy Teplansky witnessed a 1997 Ford Explorer, green in color, make an illegal U-turn, almost causing an accident.

Sheriff’s officials said verbal contact was made with the driver, later identified as Michael Dominguez, 31, to wait while the deputy turned his unit around.

Deputy Teplansky activated his lights and sirens but Taylor failed to pull over, continuing westbound on Thunderbird Road. A pursuit ensued through the residential areas of Standing Rock Road and Gayhead Road.

The vehicle was towing a pop-up camper trailer that became detached as Taylor drove through the front lawn of a residence located on Erie Road.

During the pursuit, Dominquez jumped out of the vehicle, leading deputies on a foot pursuit, jumping several fences before being detained.

Taylor continued to lead deputies on a pursuit, as she continued down US Hwy 18, into the City of Victorville, where she entered the I-15 south freeway on Palmdale Road.

The pursuit ended when Taylor came to a stop half a mile north of the Oak Hills exit, in the City of Hesperia and was taken into custody without incident.

As deputies approached the vehicle, they discovered there was an 11-year-old autistic male juvenile inside. The juvenile was unharmed during the pursuit and was placed in the care of Child Family Services.

Both Dominguez and Taylor were transported and booked into High Desert Detention Center for being in violation of PC2800.2 Failure to Yield and PC273a(a) Child Endangerment.

Anyone with information about this investigation is asked to contact Deputy G. Teplansky at the Apple Valley Police Department at (760) 240-7400 or Sheriff’s Dispatch at (760) 956-5001. Callers wishing to remain anonymous are urged to call the We-Tip Hotline at 1-800-78CRIME (27463) or you may leave information on the We-Tip website at www.wetip.com.