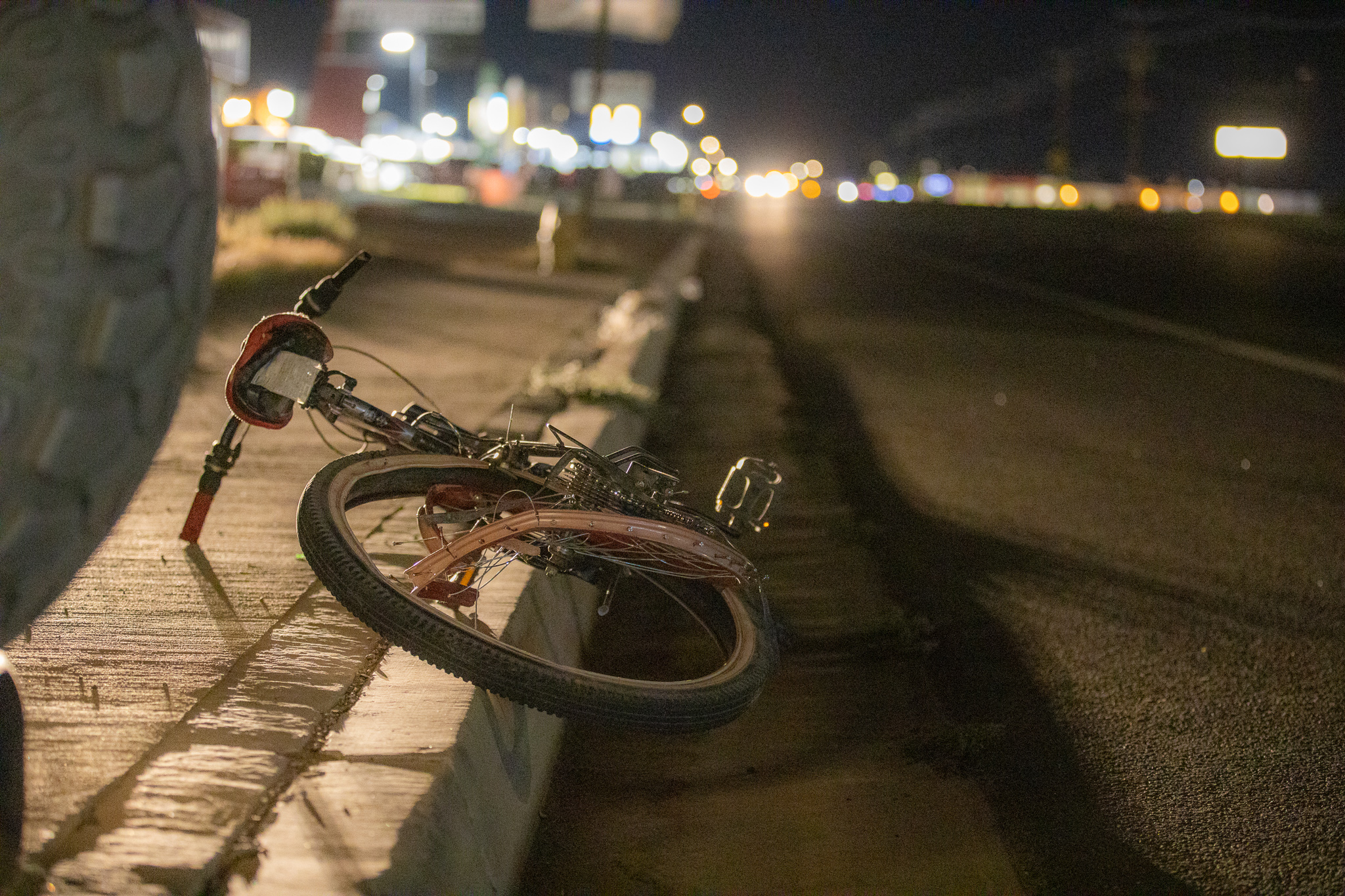 VICTORVILLE, Calif. (VVNG.com) — A bicyclist was airlifted to a trauma center with life-threatening injuries after he was struck by a vehicle Friday night.

First responders arrived and located a male down in the roadway near a bicycle and a black four-door sedan with a damaged windshield in the eastbound lanes of traffic.

Witnesses told Victor Valley News that a male riding a bicycle tried to beat the traffic but didn’t make it.

Hours after the crash the California Highway Patrol incident logs updated the incident as being a fatal accident, however, Bachman was unable to confirm if the male had died due to his injuries as of Saturday afternoon.

CHP helicopter H80 responded to assist and landed at the scene. According to scanner traffic, Batallion Chief 4310 reported the CHP helicopter would be unable to fly the patient and requested an additional helicopter to land at Victor Valley Global Medical Center.

The driver of the vehicle stopped at the scene and cooperated with police.

Palmdale Road was closed in both directions between Amargosa and Cahuenga Roads for about an hour while officials investigated the crash.