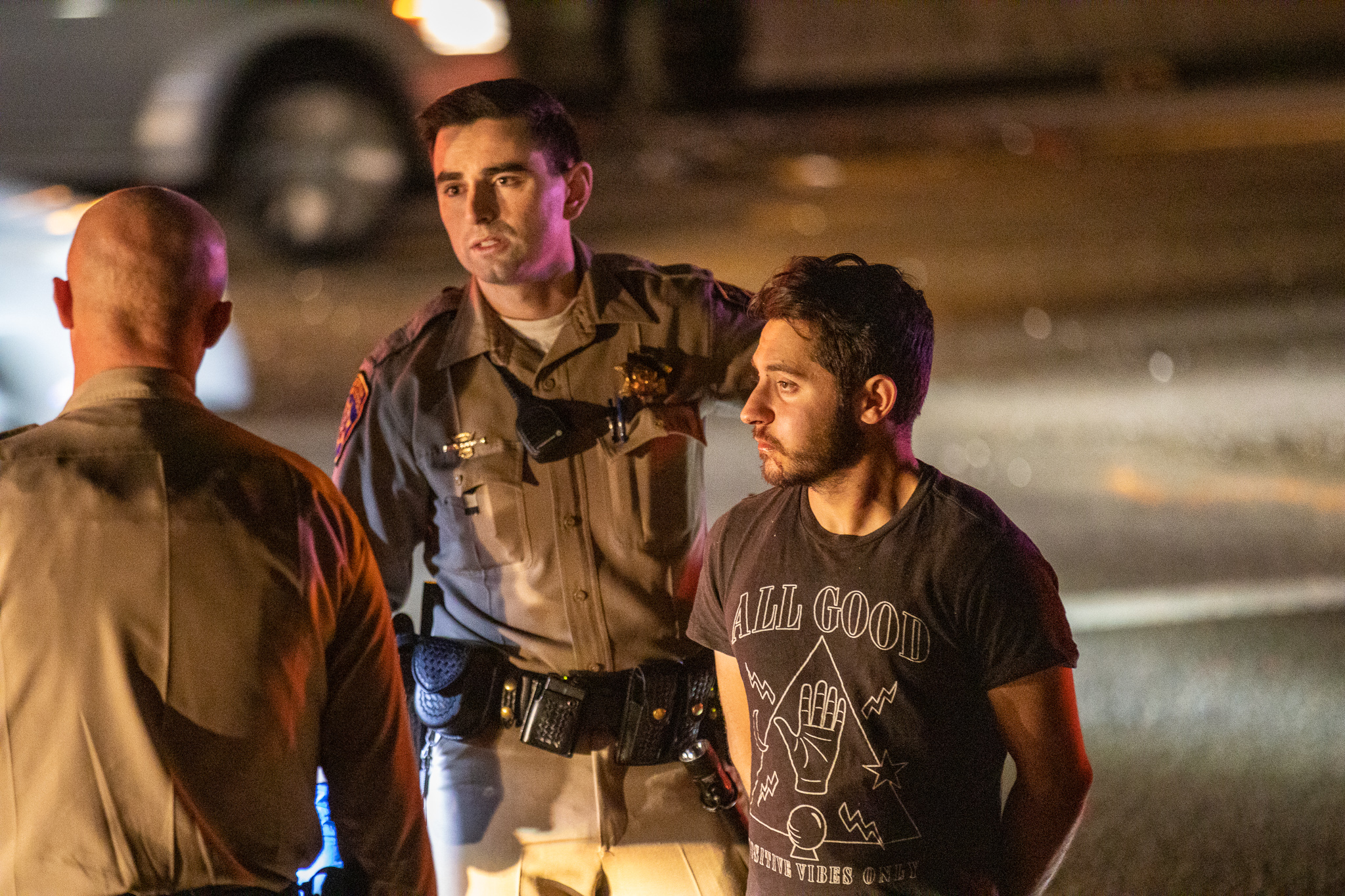 VICTORVILLE, Calif. (VVNG.com) — A man suspected of driving under the influence of drugs or alcohol was arrested following a fiery crash on the I-15 freeway Saturday morning.

Just before 4:00 am California Highway Patrol Officers and Victorville City Fire responded to a traffic collision with fire on the southbound I-15 freeway between Roy Rogers Drive and Palmdale Road.

Upon arrival firefighters located a fully engulfed sedan near the center divider with the driver outside of the vehicle.

A red Chevy Camaro also involved in the crash sustained major damage and was facing sideways and blocking multiple lanes of traffic.

CHP officers shut down all lanes of traffic while firefighters extinguished the vehicle fire and firefighters treated the injured.

A CHP officer administered a field sobriety test on the driver of the engulfed vehicle. After failing the test, the male driver was eventually handcuffed and placed in a patrol unit.

The official cause of the accident is under investigation by the Victorville CHP station.