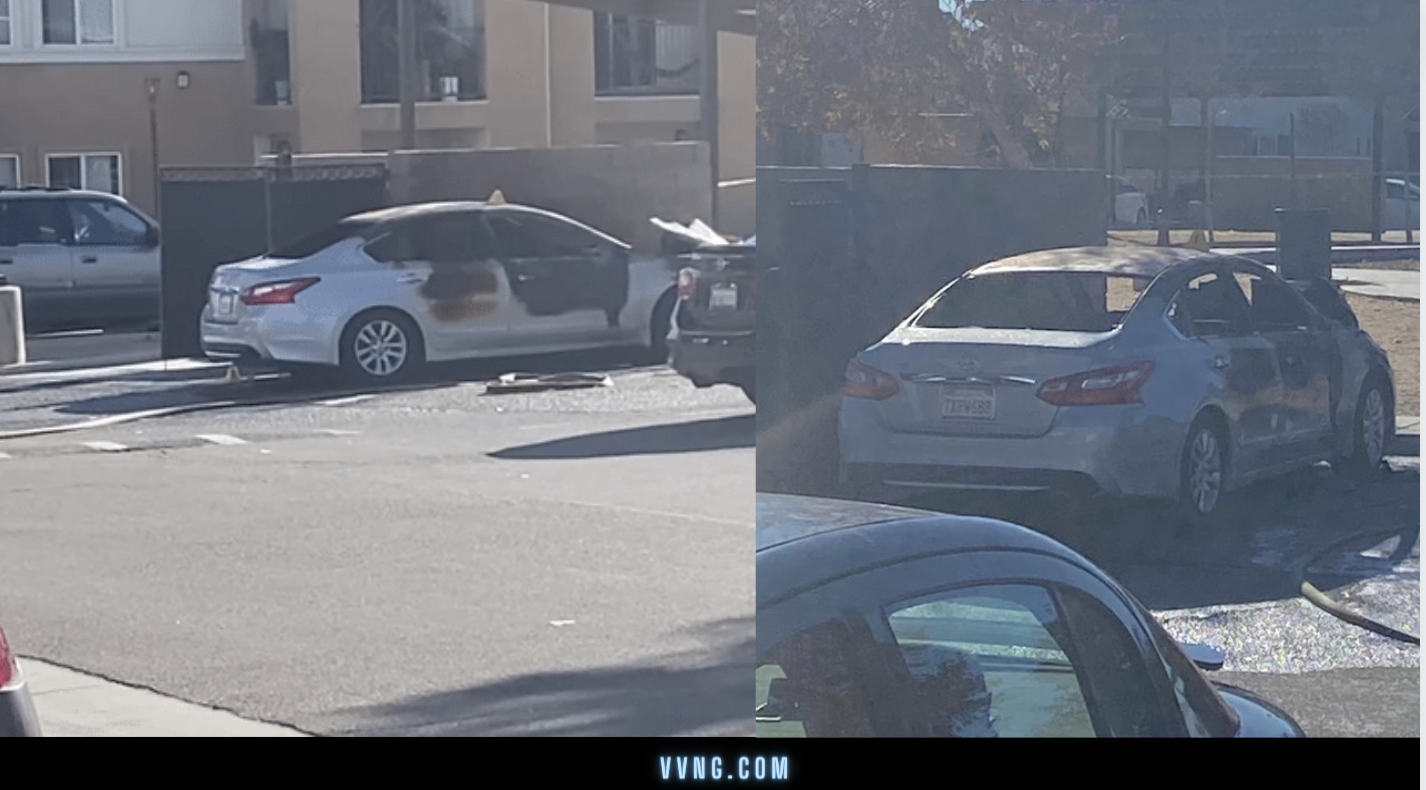 VICTORVILLE, Calif. (VVNG.com) — The San Bernardino County Sheriff’s Department is investigating after a body was found inside of a burned vehicle in Victorville.

Victorville City Fire was dispatched and upon arrival, firefighters located the vehicle fully engulfed with flames and worked quickly to extinguish IT.

Sheriff’s spokeswoman Mara Rodriguez told VVNG deputies responded to the apartments after a deceased person was found in a vehicle that was on fire.

According to a resident who asked to remain anonymous, the deceased person is reported to be a woman in her 40’s that lives inside of the complex.

The woman told VVNG she had her bedroom window open and heard a woman screaming. She got up to check what was going on that’s when she saw the vehicle on fire. The woman said the vehicle was parked very close to the trash can wall and believes this was a freak accident and not a homicide.

Rodriguez said Investigators with Specialized Investigations Division have responded and are conducting an investigation but did not have any further details at the moment.

The identity of the deceased woman will be released by the San Bernardino County Coroner’s Office. Additional information will be updated as it becomes available.