UPDATE 11/3 –Justin David Presley, 24, a resident of Orange, CA was exploring an open mine with friends in the hills above Calico Ghost Town when he fell approximately 100 feet down an abandon, vertical mine shaft and suffered major injuries in the fall.

The San Bernardino County Sheriff’s Department would like to remind the public about the dangers of exploring open mines. Without the proper training and equipment, this type of activity can lead to serious injury or death.

YERMO, Calif. (VVNG.com) — Firefighters successfully rescued a man who fell about 60 feet down a mine shaft near Calico Ghost Town Saturday afternoon.

The incident was first reported at about 11:30 am, on November 3, 2018, in the area of Calico and Scenic Road, east of Barstow.

The man reportedly broke his leg after hitting a truss beam as he fell down the shaft.

According to people at the scene,  a rescuer was lowered into the mine shaft using a rope tool and secured the victim before hoisting him up to safety.

Those at the scene said he was conscious during the rescue operation which ended just before 6:00 pm.

After the rescue, the man was flown to Loma Linda University Medical Center for treatment of his injuries. 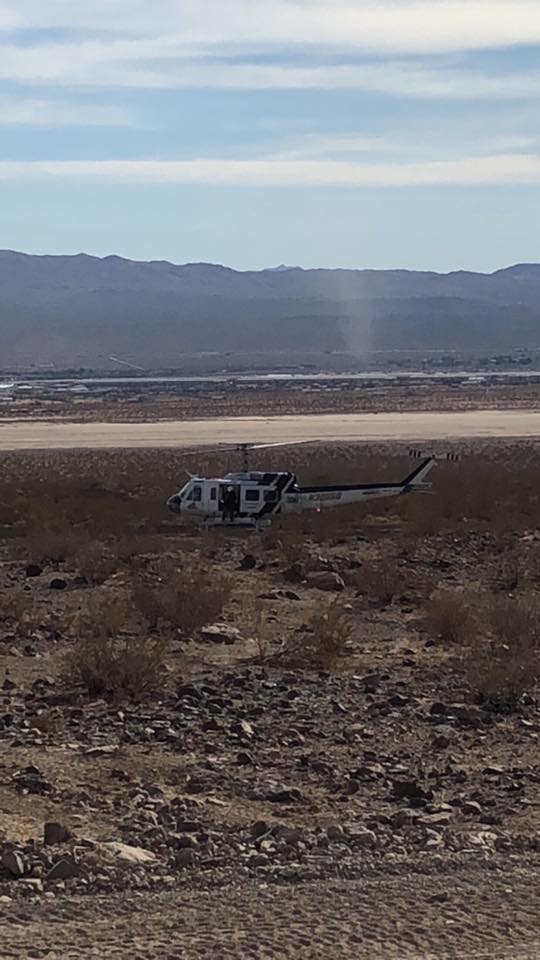 Air Rescue 306 landed at the scene and assited with airlifting the man to a trauma center. (photo by Shannon Freeman)