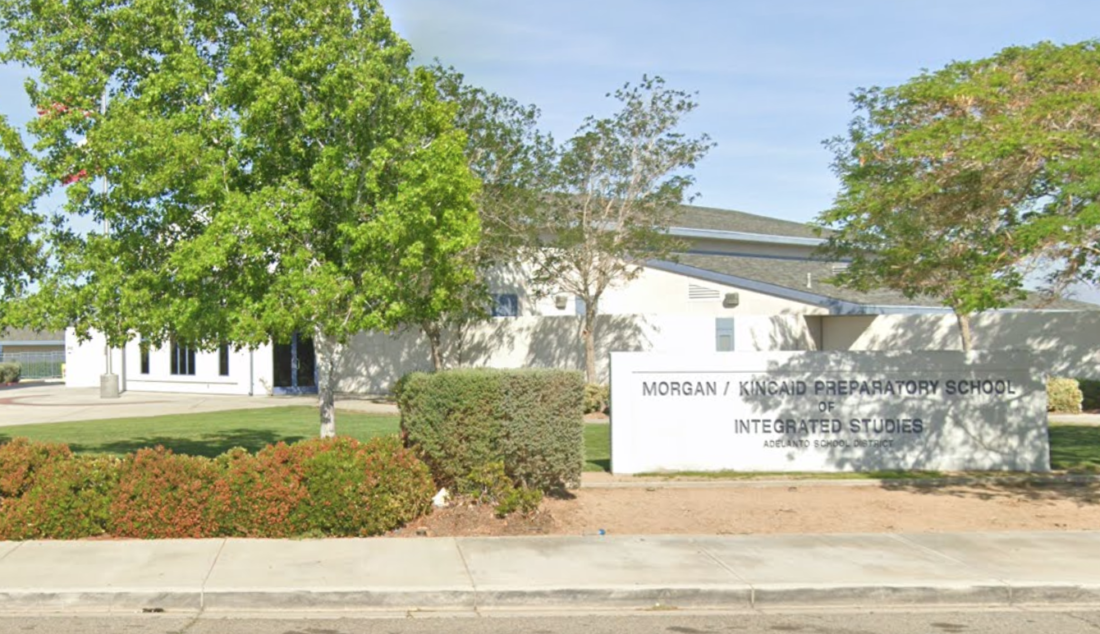 VICTORVILLE, Calif. (VVNG.com) — Authorities are investigating a commercial burglary that occurred at Morgan Kincaid Preparatory School over the weekend.

On Sunday, July 19th, at about 5:00 PM an employee of the school responded to the campus after an alarm was triggered.

“When he arrived, he located a Hispanic male juvenile and a Black male juvenile inside a classroom,” stated sheriff’s spokeswoman Mara Rodriguez. “A female adult drove up and the males ran to the car and fled.”

Deputies investigating the incident determined the suspects broke the glass to a fire extinguisher cabinet and used the extinguisher to force entry into a classroom.

Rodriguez said they then forced their way into another classroom, where the employee found them. “It appeared nothing was taken and the extent of the loss will be the damage done while breaking in.”

No suspects information was immediately available and anyone with information is asked to call the Victorville Police Department at 760-241-2911.

Employee at the Love Store in Victorville assaulted during a robbery