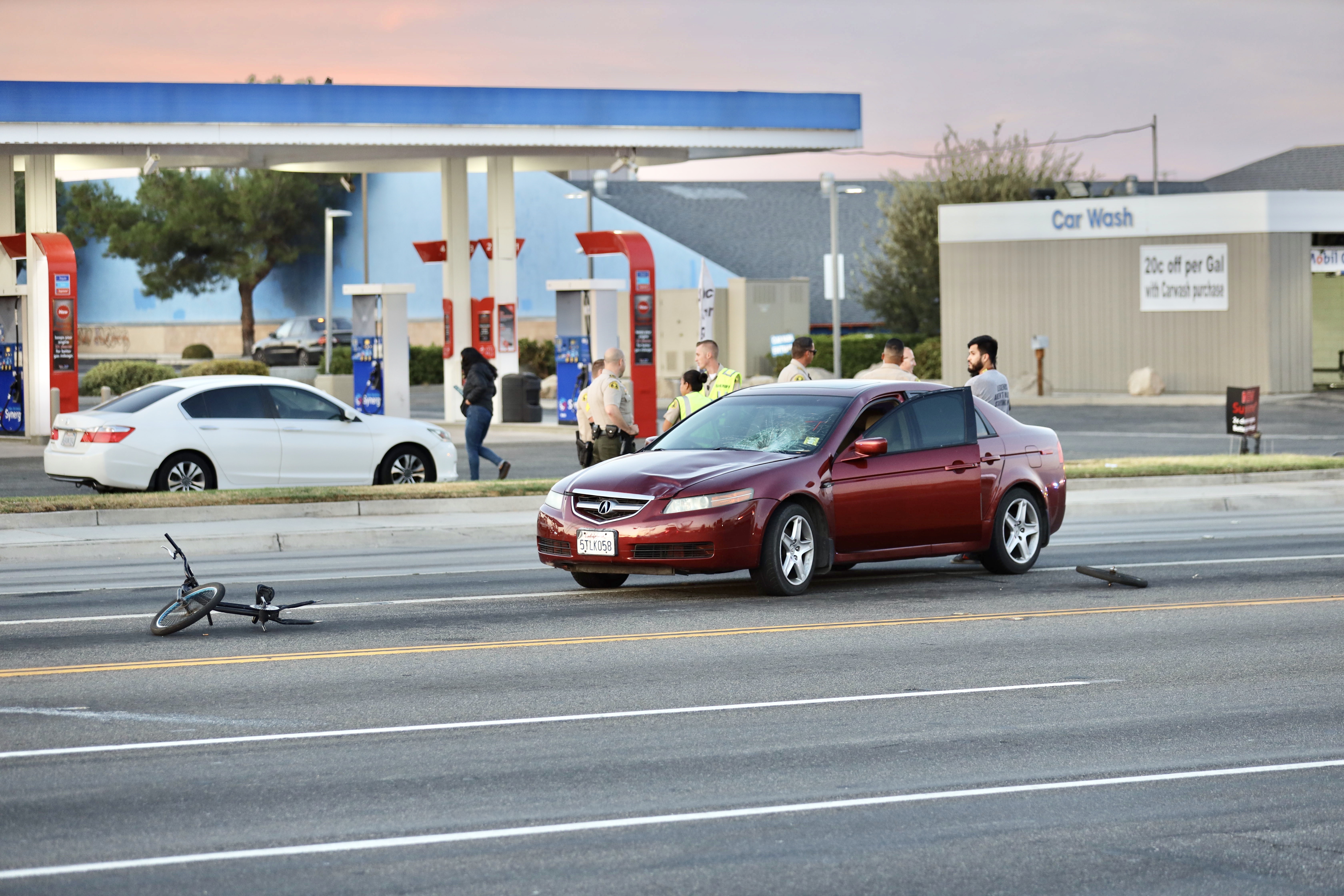 VICTORVILLE, Calif. (VVNG.com) — A bicyclist was transported in critical condition to a local hospital after being struck by a vehicle Thursday.

Emergency personal and deputies from the Victorville Police Department arrived on scene and found a male bicyclist unresponsive and requiring CPR.

The male bike rider was taken to a local hospital in grave condition.

The involved vehicle, a maroon Acura sedan, had damage to the front hood and windshield closest to the driver’s side. The vehicle was traveling westbound when the crash occurred.

The male driver of the Acura remained on scene and cooperated with officials. He did not require medical attention.