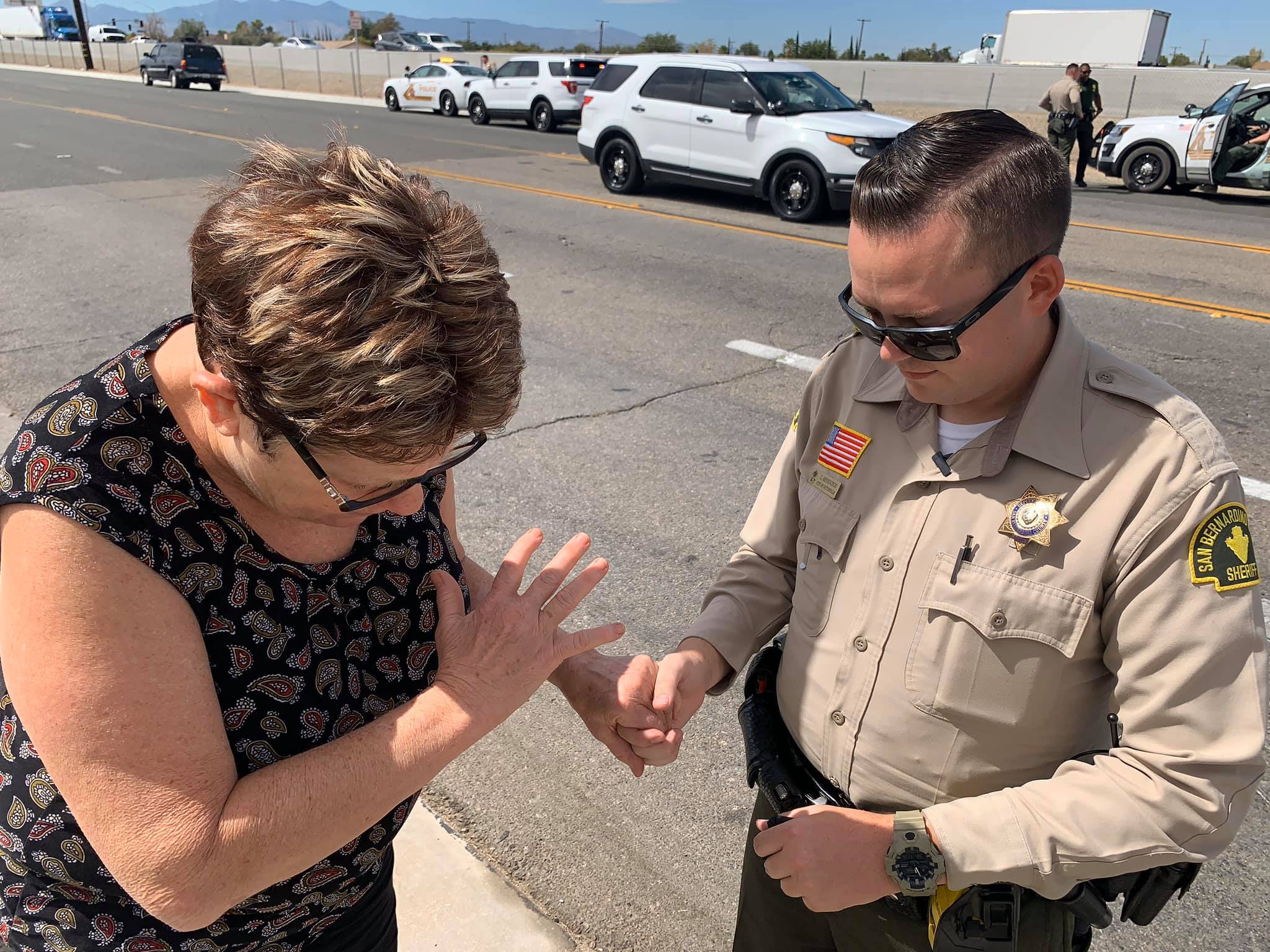 VICTORVILLE, Calif. (VVNG.com) — It was a Wednesday morning in Victorville and sheriff’s deputies were already busy putting in some work.

Deputy Curtis Bennington with the Victorville Police Department was on patrol when he performed a traffic stop on a recently reported stolen vehicle.

Thankfully for Deputy Bennington and his colleague’s things during the felony traffic stop went ‘smooth’ and the male driver and his passenger were detained without any incident.

It wasn’t until after deputies searched the vehicle and found a stolen gun that they realized things could have ended very differently.

Situations such as this one are what make any “routine traffic stop” a potentially dangerous situation that could result in shots fired or a deputy being shot and killed in the line of duty, as we’ve seen fat too often.

It’s no secret that police departments across California seem to be facing an uphill battle when it comes to the jail and court systems currently in place.

Nowadays, suspects arrested for committing a non-violent offense like joyriding in a stolen car, often have no real-life consequences. In most cases, the suspects are cite-released and only spends a couple of hours in a holding jail during processing.

Earlier this month, Victorville Deputy Meghan Forsberg was savagely attacked by a 21-year-old man who attempted to take her life with her own service weapon. Cellphone video of the incident is disturbing and hard to watch.

Deputy Forsberg thought she was responding to a call where a mom called 911 asking for help dealing with her out of control son. A request that deputies often receive from parents who want an officer to speak with their children. She never imagined that ‘routine call’ could have been the day she was shot and killed.

Colleagues of Deputy Forsberg tell VVNG she’s having a very difficult time with what happened and hasn’t returned to work since her attack.

With CA laws constantly changing in a direction that seems to favor criminals, the public is now dealing in what appears to be a spike in crime.

People like Angie Negrete, a resident of Victorville, have started prayer groups for the men and women of the San Bernardino County Sheriff’s Department.

Angie said she worries about the safety of the officers who are constantly dealing with so much negativity and prays for their protection.

It was during Wednesday afternoon’s traffic stop that Angie’s curiosity would bring her to cross paths with deputy Bennington. The two briefly talked about why nearly a dozen cop cars were lined up along Mariposa Road before she explained to him about a prayer group that she’s a part of.

As Angie prepared to walk away, without hesitation she asked the officer if she could pray with him and for deputy Forsberg. Deputy Bennington accepted and Angie and the deputy held each other’s right hand as they bowed their heads. Hugo Valdez, a VVNG photojournalist, was standing nearby and captured the moment with a cellphone picture.

“It was such an awesome experience! I can’t thank her enough! This will definitely be one of the highlights of my career. Thank you, Hugo, for capturing this moment,” stated Deputy Bennington.

The photo was shared to Facebook where it’s received 1.6 likes and over 300 shares in 21 hours. People have left comments expressing their support and love for the touching photo.

“Deputy Bennington, you are such a blessing to our community and so deserving of good blessings 💙 🖤 Thank you, Angie, for following your heart and praying for his and other law enforcement’s protection, so that we, in turn, may be safe,” stated Danielle Carter.

“Oh yes, we do pray for our Police force! Angie is my friend and I’m so proud to see her in action! We attend Victorville First Assembly of God, you are welcome to join us! Thank you, officers,” commented Kathy Peganoff.

“Tears!😥. It breaks my heart that so many men & women in uniform are put in harm’s way everyday just trying to do their jobs of protecting the people. Great job, San Bernardino County Sheriffs Department deputies, firefighters, and medical personnel,” commented Margaret Smith.

At least 4 people stung during bee attack Thursday in Hesperia; 1 in critical condition