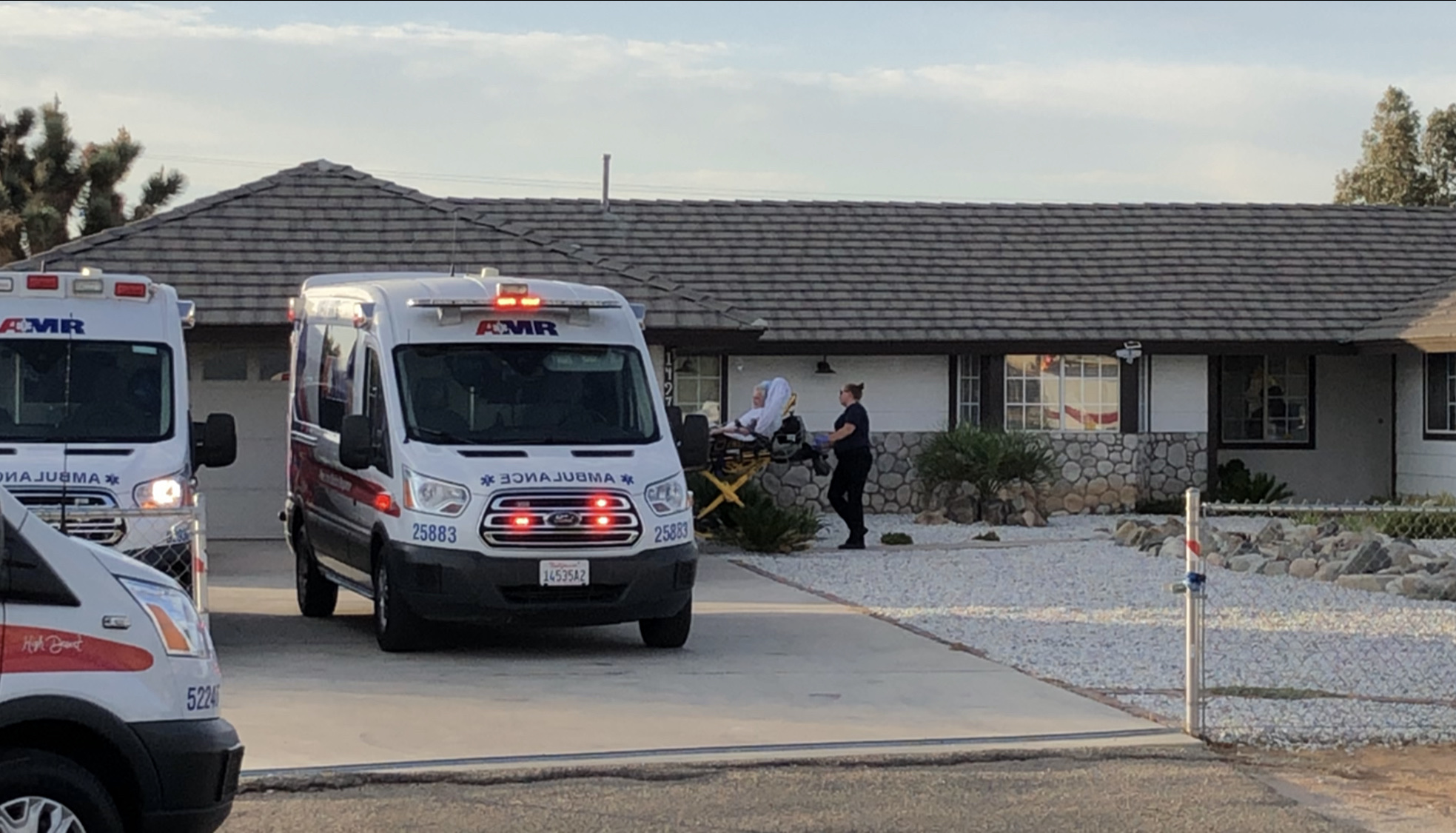 APPLE VALLEY, Calif. (VVNG.com) —Eight elderly patients were removed from an Apple Valley home that was allegedly being ran as an illegal healthcare facility.

Seven people were taken out on gurneys, and 1 person walked out with the assistance of a walker.

They were all transported by ambulance to various hospitals.

According to public records, the 3,353 square foot home was purchased on December 21, 2018, for $385,000. It contains 6 bedrooms and three bathrooms, according to county records.

“This house has been listed for sale many times over the 17 years I’ve lived here,” stated Cornelison.

Officials did not provide further details into the incident.