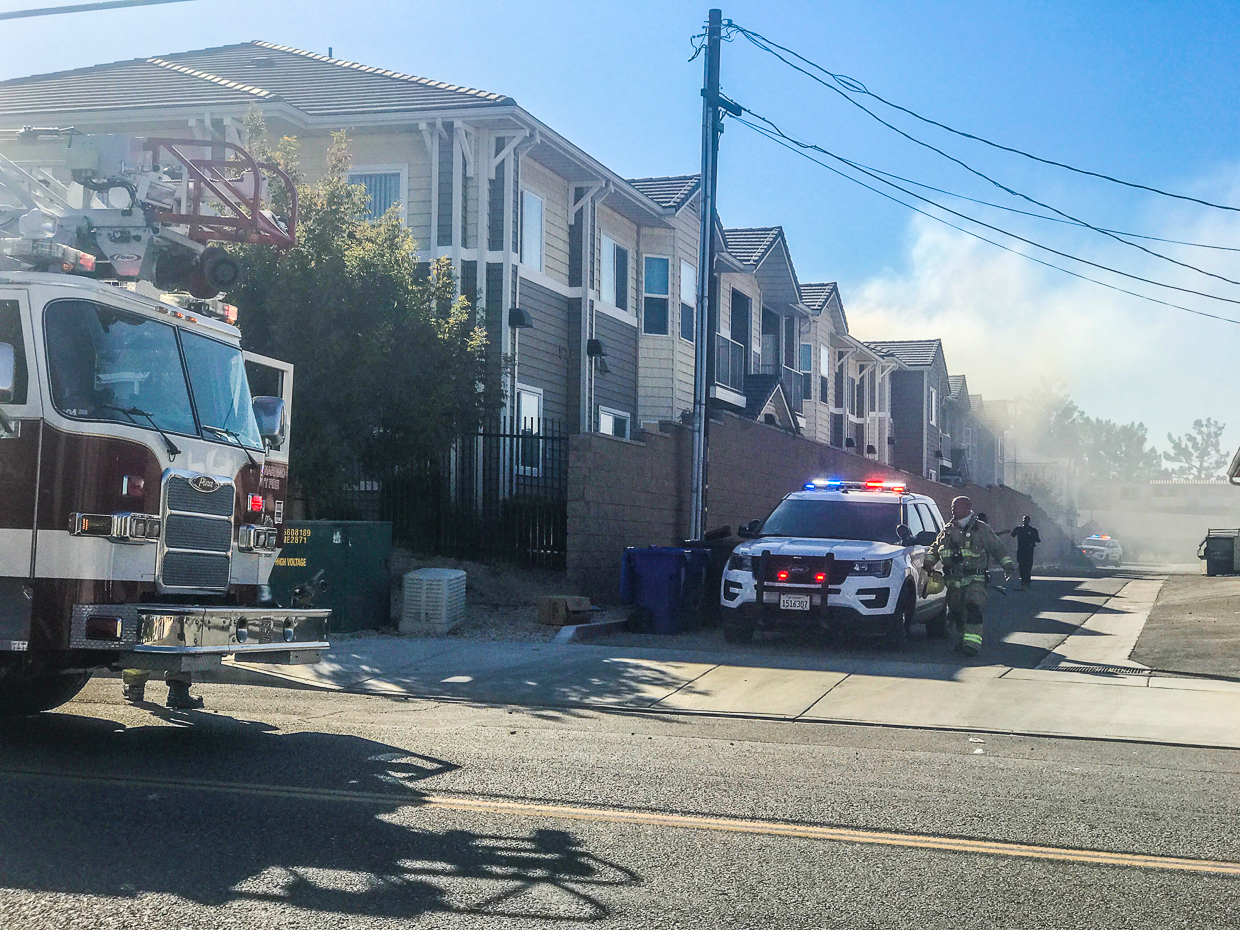 VICTORVILLE, Calif. (VVNG.com) Fire Crews are battling a second-alarm commercial structure fire at an apartment complex in Victorville that has displaced at least 8 families.

It happened just after 3:00 p.m. on Wednesday at the Rodeo Drive Meadows Apartments located on the 14100 block of Rodeo Drive.

When firefighters arrived on scene they located an apartment unit that was fully engulfed in flames. The occupants of the unit were able to safely exit, however, all residents of the complex were evacuated as a precaution.

The fire was contained within 10 minutes and fans were placed in the adjoined units to ventilate them from smoke, however, it’s unclear how much damage the smoke caused.

The Victorville City’s Building and Safety has been requested to assess the structural integrity of the complex.

At this time, eight families were displaced as a result of the fire. The fire department is working with the Red Cross to facilitate a place for the families to stay.

A pregnant woman was transported to a local hospital after she tripped and fell during the evacuation and another person complained of respiratory problems unrelated to the fire, scanner traffic reported.