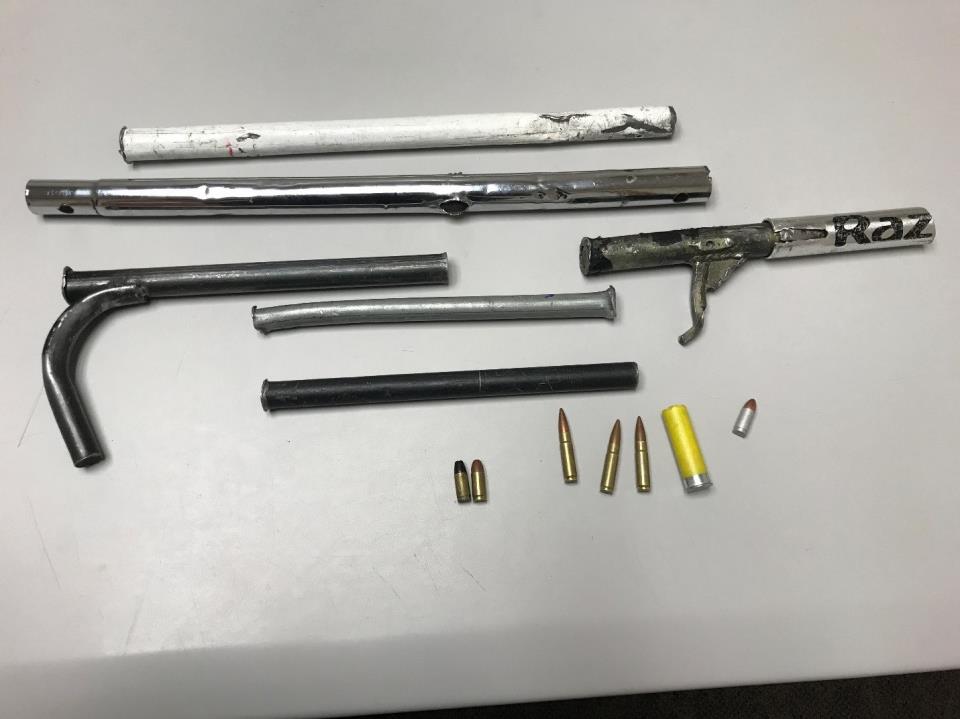 On June 19, 2017, at approximately 8:34 P.M., the Barstow Police Department received a call regarding a male threatening another with a firearm in the 2900 block of East Main Street.

Officers responded to this location and spoke to the victim.

The victim reported that while at the swimming pool area of the complex, a male subject named Jose Benjamin Cortez approached him and threatened to shoot him with a Zip gun.

The victim said he has seen Cortez in possession of a Zip gun in the past, which made him believe that Cortez would carry out this threat.

Barstow Police Officers learned that Cortez lived in the complex and contacted him in room number 205 at 2980 East Main Street.

During this contact, Officer Helms located a homemade Zip gun in Cortez’ possession.

Upon examining the gun, officers determined that it had interchangeable barrels allowing the gun to discharge three different types of ammunition (9mm, 7.62x35mm and 20 gauge).

Officer conducted an in-field show-up and the victim positively identified Jose Cortez as the person who threatened to shoot him.

Officers placed Cortez under arrest and transported him to the police department. Cortez was booked for the listed charges at the San Bernardino County Sheriff’s Department jail in Barstow.

Anyone with additional information regarding this investigation may contact Officer Helms at the Barstow Police Department (760) 256-2211. Those wishing to remain anonymous may also report criminal activity by calling the WE-Tip hotline at 1-800-78-CRIME (27463) or may leave information on the We-Tip website at www.wetip.com.