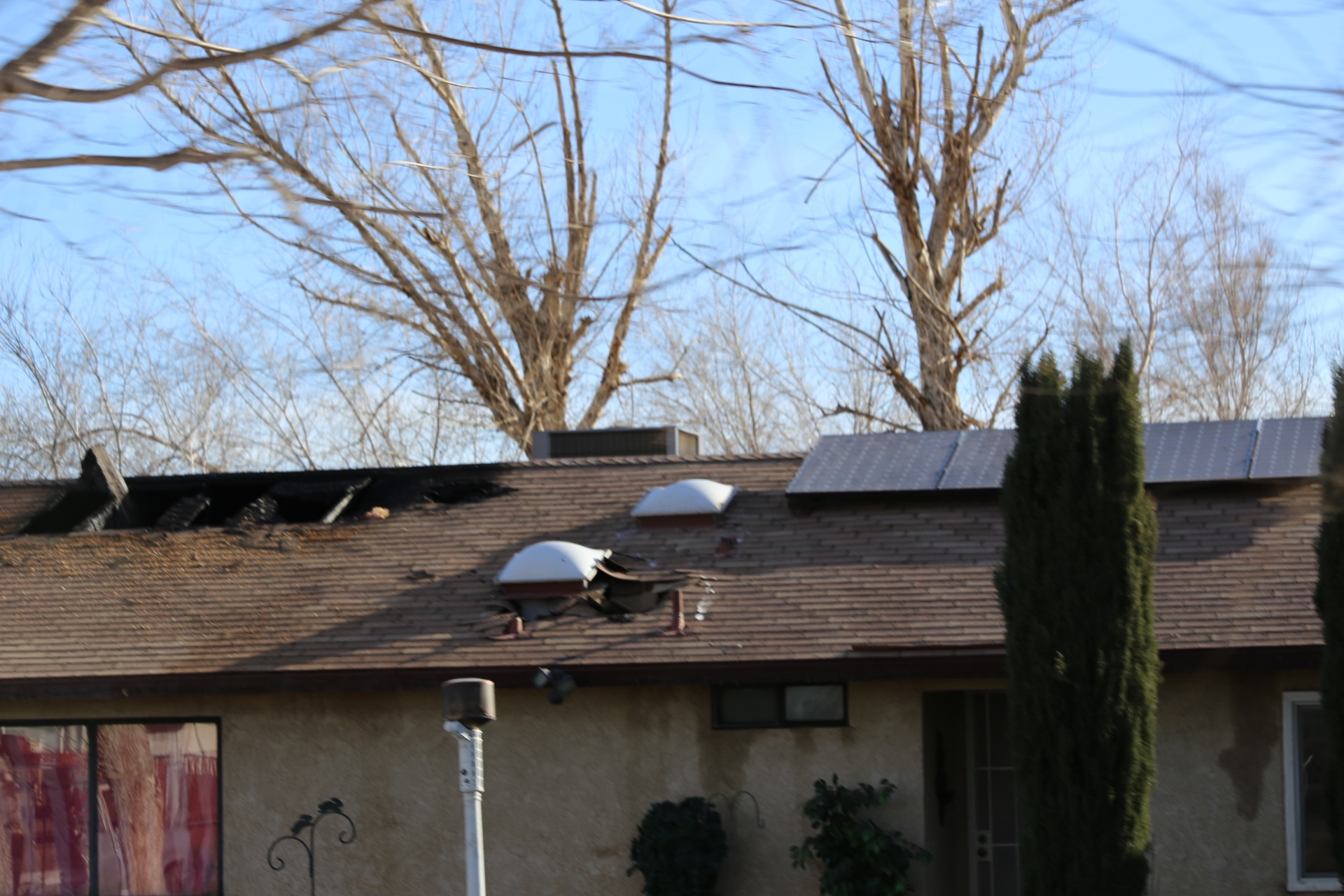 VICTORVILLE: On January 9, 2014 at 6:37 p.m. a first-alarm structure fire assignment was dispatched by the SB County Communications Center for a house fire in the City of Victorville in the 12400 block of Sunny Vista Ave. Multiple reports of a home on fire with the possibility of persons trapped were being made. This incident brought a total of 15 personnel from two engines, two truck companies, two investigators and a Battalion Chief.

Upon arriving on scene four minutes after dispatch, the first-in engine found smoke coming from the front of the residence of an approximately 1500 sq. foot home. Crews coordinated a safe, but aggressive attack to keep the damage to the structure to a minimum.

They also were able to rapidly determine that all occupants (2 adults and 4 children) were safely out of the home and no one was trapped as previously reported. It then took personnel approximately 15 minutes to bring the fire under control.

There were no injuries reported by civilians or firefighting personnel. The damage to the residence was listed at approximately $80,000 with approximately $20,000 to personal belongings. The Red Cross was called to the scene to assist the family as best they could.

During the investigation the owner had stated they had a fire burning in their fire-place for several days and as the owner returned home they noticed the fire coming from the adjoining wall of the home and attached garage. It was also noted in the investigation that the residence had what is called a “zero clearance” fireplace.

These types of fireplaces are not made out of brick and mortar but are built using an aluminum stack pipe as the fireplace flue and are built-in a box with wood to give the appearance of a chimney.

This box then has stucco placed on the outside to finish the look. More predominately found in your tract type homes, they can be found in any type of residential structure. They are meant more for gas-log type fires or the occasional “duralog” type fire. If a large wood fire is built within the zero clearance fire-place it increases the chance of the radiant heat igniting the interior wood structure which then could lead to your entire attic becoming ablaze.

[box type=”info” ]Safety Message: The San Bernardino County Fire Department reminds the public that as the temperatures continue to be cold and you feel the need to start a fire in your fireplace you first should have it cleaned and inspected. A certified chimney sweep can clean the inside of your fireplace taking away highly flammable creosote which has a tendency to start chimney fires. They may also be able to check for cracks in your chimney which may lead to radiant heat escaping and allowing a fire to start in your attic.[/box]