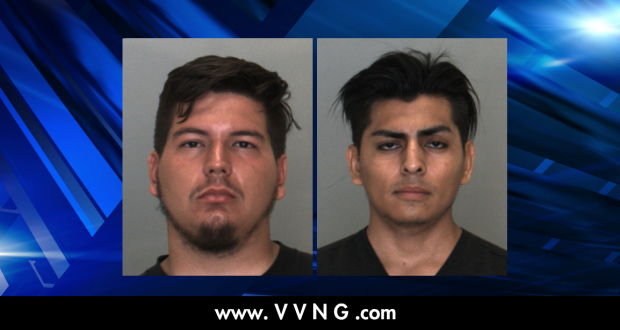 HESPERIA-(VVNG.com):  Two Hesperia men, both of whom were members of Centro Cristiano de fe Church in Victorville were sentenced on Wednesday for sex crimes involving minors. The two appeared in court on September 16th where they were sentenced after a change in plea by both men.

Victor Manuel Callejas-Vargas, 22, was an employee and youth pastor for the church. The second suspect was Jesse Rodolfo Rios, 20, was a parishioner at the congregation. Both men were accused of having inappropriate sexual relationship with two female church members, ages 14 and 17.

The September 2014 charges Callejas-Vargas was facing included three felonies and one misdemeanor charge. As part of a plea bargain, Callejas-Vargas put in a no contest plea to two counts of unlawful sex with a minor in order to drop the charges of child pornography and the contributing to the delinquency of a minor. He was sentenced to 3 years probation and 180 days in jail, that can be served through work release. According to court records, he is also ordered to stay away from any organized activities involving minors.

As part of a plea bargain Rios, changed his unlawful sex with a minor plea to no contest. As a result of the change of plea, prosecutors agreed to drop the child pornography charge that he was previously facing. Rios was sentenced 36 months probation plus 120 days in county jail, which have been completed his 60 days time served.