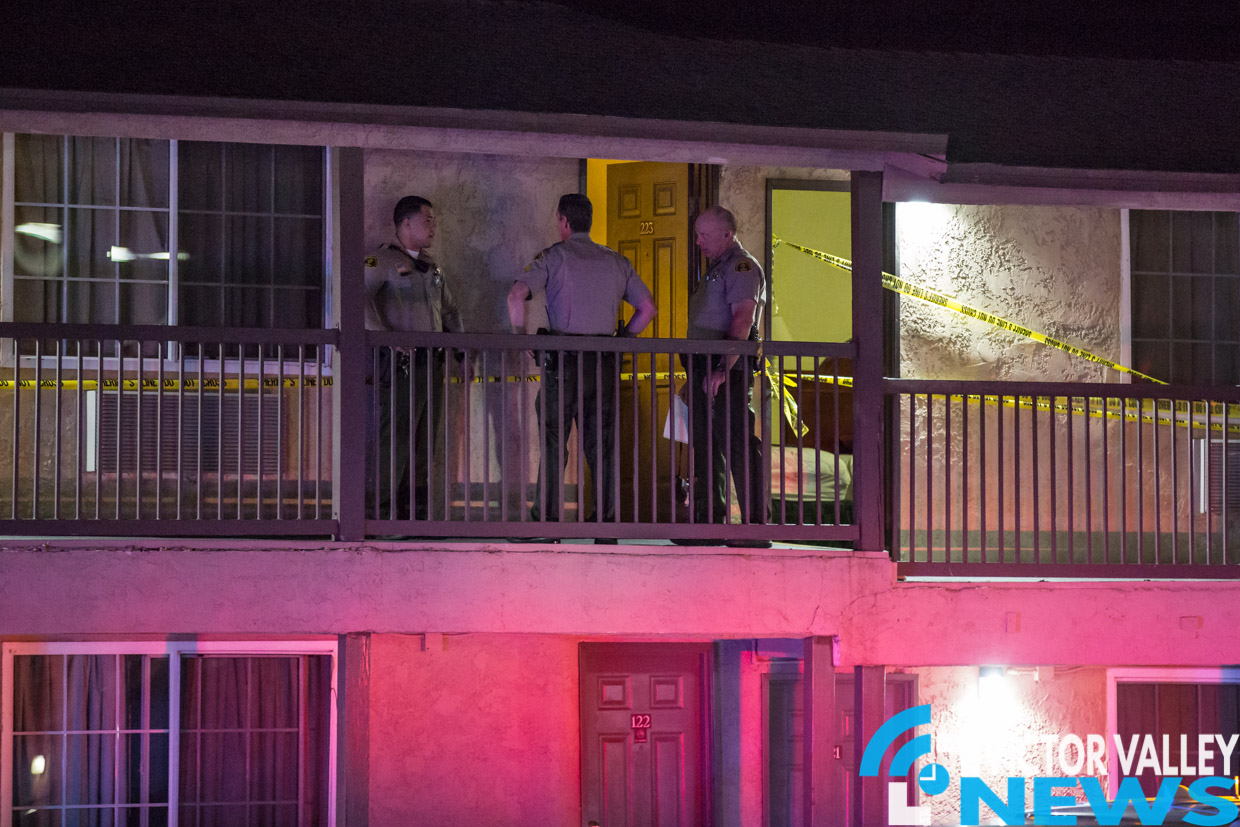 VICTORVILLE, Calif. (VVNG.com) Deputies are investigating a stabbing at a motel that left one man critically injured Saturday night.

Just before midnight on June 17, 2017, Deputies from the San Bernardino County Sheriff’s Department were dispatched to the Travelodge located at 12175 Mariposa Road.

The victim, who witnesses said was a 17-year-old male, was transported to Desert Valley Hospital and then airlifted to a trauma center in critical condition.

The Travelodge motel was taped off with crime scene tape as authorities conduct an investigation.

The incident will be treated as a homicide investigation until officials can confirm the victim’s condition, authorities said.

“All we have on the suspect’s description is that he was described as a black male adult,” Sgt. Steve Allen said.

Join our newsgroup with nearly 100,000 Members. 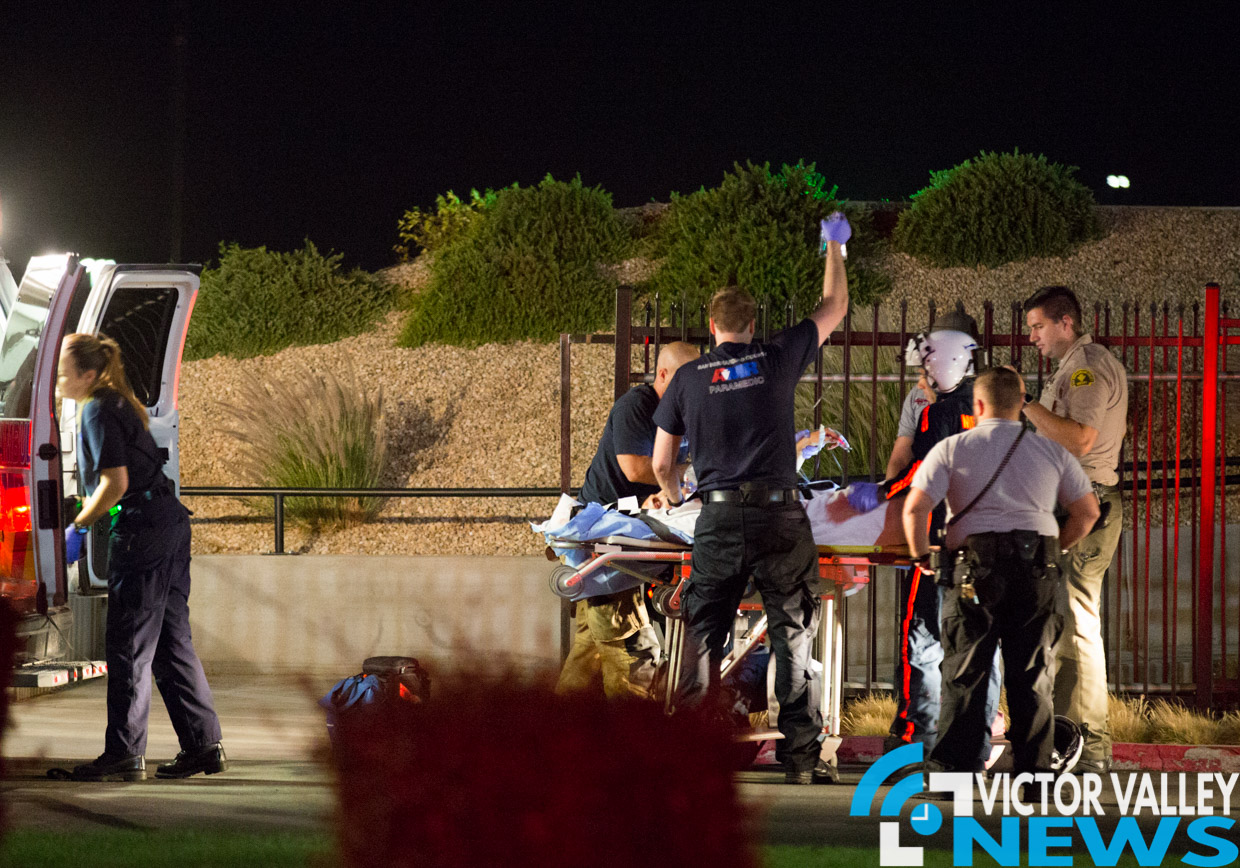 A man was airlifted after being stabbed at a motel in Victorville Saturday night.(Gabriel D. Espinoza, Victor Valley News)