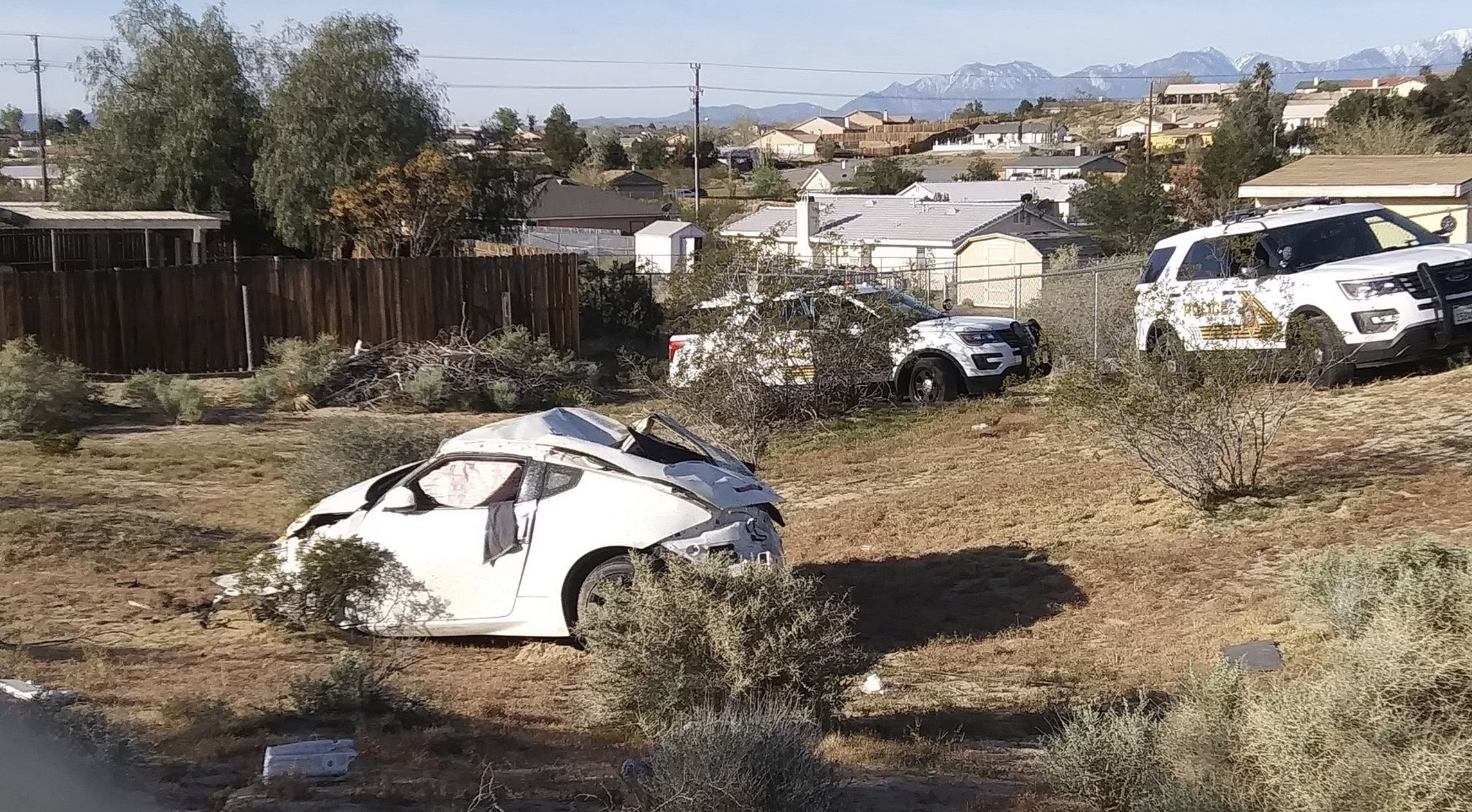 VICTORVILLE, Calif (VVNG.com) — A young man was flown to a trauma center after an early morning rollover crash in Victorville.

It happened at about 7:00 am, on Village Drive, just north of Manning Street and involved a single vehicle.

For reasons still under investigation, the driver lost control causing his white sedan to roll an unknown amount of times.

According to a witness, the driver was a young man and he was able to exit the vehicle on his own after the crash.

According to unverified reports, the vehicle was going approximately 75 mph prior to the crash.

The official cause of the crash is currently under investigation by the Victorville Police Department.