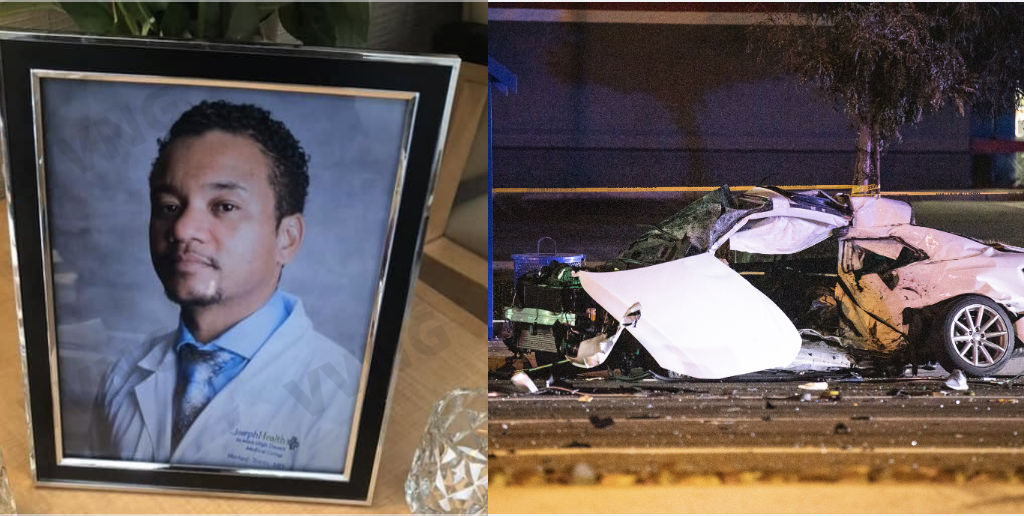 VICTORVILLE, Calif. (VVNG.com) — The man killed in a crash on Bear Valley Road this month was identified as 37-year-old Markell Lakeith Trinh, a resident of Hesperia and a doctor for St. Mary High Desert Medical Group.

At about 12:38 am on September 1, 2019, dispatch received several reports of a two-vehicle collision with one car starting to catch on fire near the intersection of Bear Valley Road and Balsam Avenue, according to a previously published VVNG article.

San Bernardino County Sheriff’s deputies responded and found the doctor deceased, lying in the roadway after being ejected from his vehicle.

For reasons still under investigation, the doctor’s white 2016 Audi A5 and a red 2011 Hyundai Tucson collided at the intersection.

The Hyundai had major front end damage and the Audi had major damage to the driver side. According to witnesses reports the Audi was south on Balsam Avenue and the Hyundai was westbound on Bear Valley Road.

Officials have not released the exact cause of the crash.

“Markell was one of those rare residents who could do it all. He was always willing to stay late and work harder than required to help a fellow resident with a difficult procedure or take care of a patient who needed help, a colleague commented on social media. “And he did it all with that great smile and characteristic laugh. God bless Markell and give peace to his family. What a terrible loss.”