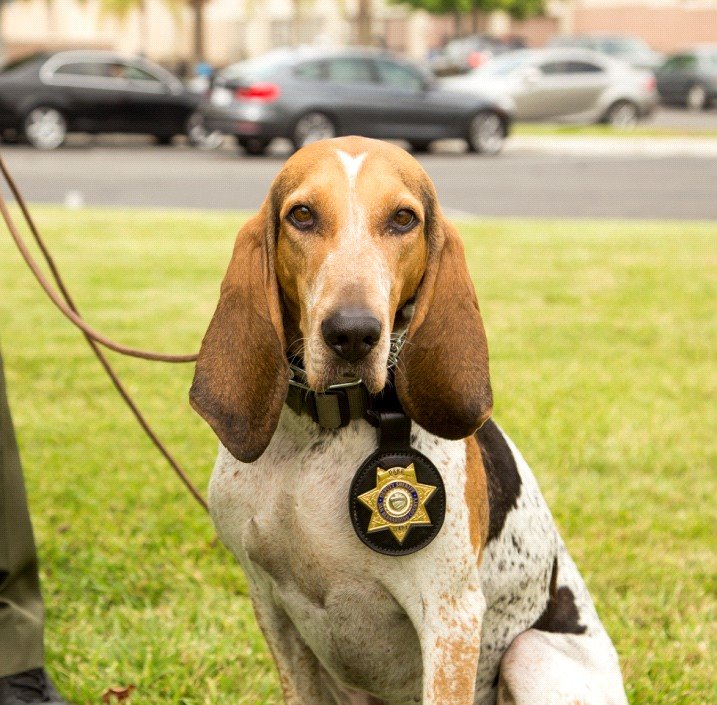 VICTOR VALLEY-(VVNG.com): In recent searches of those missing or suspects at large Victor Valley resident have heard stories of Bloodhounds being enroute from the Rancho Cucamonga area with an (ETA) Estimated Time of Arrival being about 40 minutes in most cases. These waits will soon be alleviated saving valuable time, with the new addition to the San Bernardino County Sheriff’s Victor Valley Station.

On Friday, August 14th, the swearing-in ceremony for the new bloodhound “Ellie” by Sheriff John McMahon and the Victor Valley Sheriff’s Station will be at Maverick’s Stadium. Ellie, has been trained for trailing and her handler, Deputy David Moyer will be stationed at the Victor Valley Station effective August 8th and will serve the entire Victor Valley.

Ellie is currently training with her handler and when complete they will enhance the resources already available to the High Desert.Trailing Bloodhounds are often time utilized to locate suspects or missing persons making them instrumental in emergency situations.

Sheriff McMahon and the personnel at the Victor Valley Station would like to extend an invitation to residents of all communities in the High Desert to attend the Swearing-In Ceremony. The ceremony will occur prior to the regularly scheduled Mavericks game on August 14th. Game time is 7:05 pm, with pre-game activities beginning at approximately 6:30 pm.