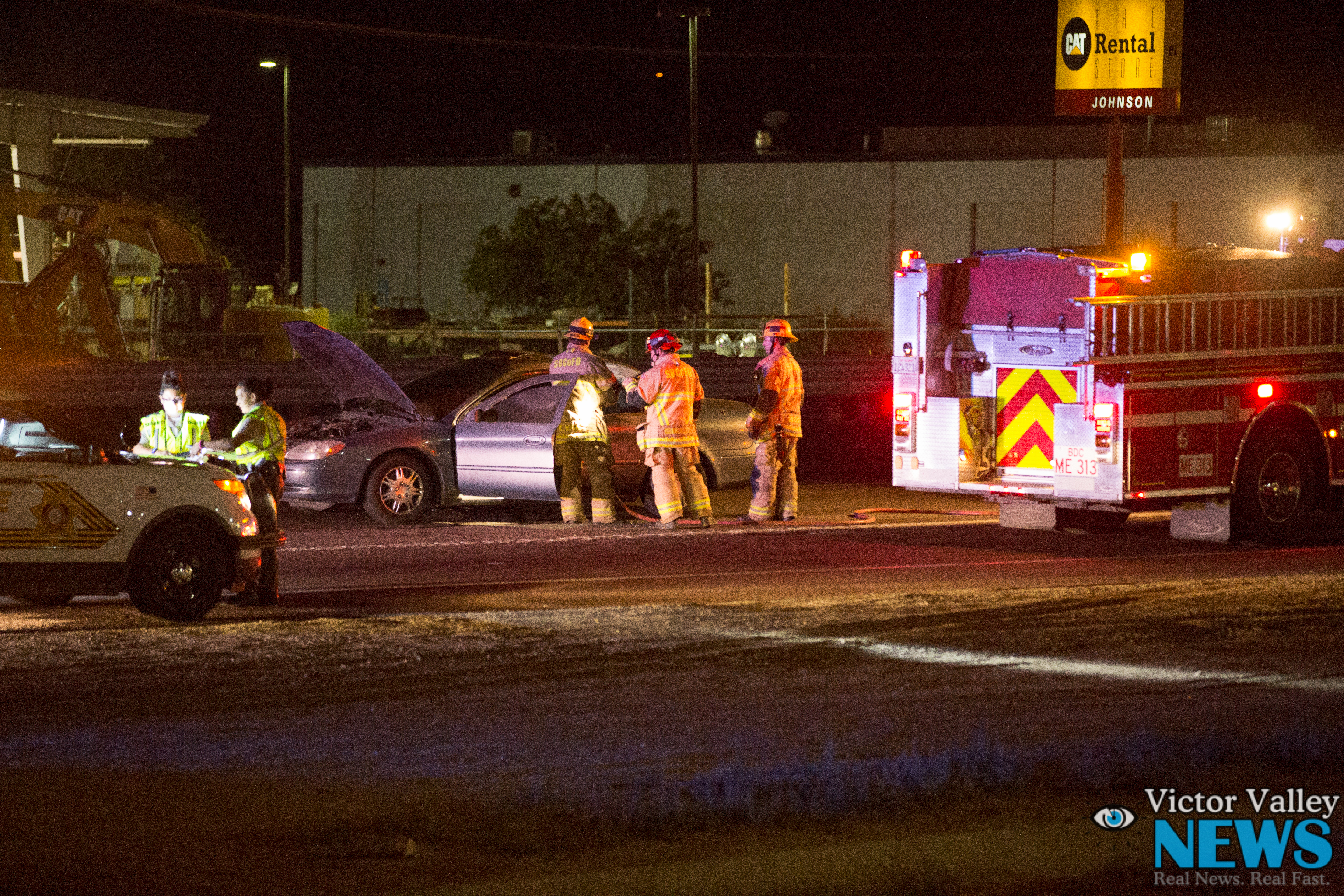 VICTORVILLE-(VVNG.com): At about 10:30 P.M., on Monday, May 11th a man, believed to be suicidal, entered the I-15 Southbound heading northbound near Bear Valley Road.

The vehicle came to a stop when it crashed which subsequently sparked a fire on the right side of the road. The man, according to CHP incident logs, initially exited the burning vehicle, but got back in as it burned.

No other vehicles were involved and no other injuries were reported as a result of this incident.

After re-entering the man never exited the burning vehicle and a coroner was called just before 10:40 P.M.

The southbound Bear Valley Road on-ramp was closed temporarily to prevent people from entering the freeway.

Major Damage Roll Over on 15 Freeway