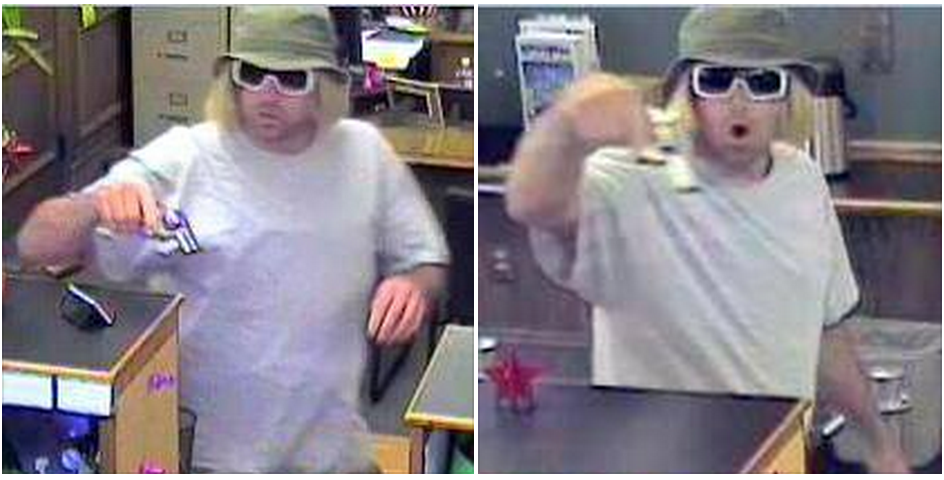 WRIGHTWOOD: (VVNG.com)- At approximately 4:27 p.m a single suspect, armed robbery was reported at the Desert Community Bank on the 1200 block of Hwy 2, in the city of Wrightwood.

The suspect in the robbery was described by witness’ as a white male with wild looking shoulder length blonde hair (possibly a wig), in his late 20’s to mid 30’s, approximately 6 ft 2 in tall with a slightly heavy build. The robber also was brandishing a silver gun, wearing an army green colored bucket style cap, a grey t-shirt and sunglasses with white frames.

During the hold up the suspect ordered five bank employees and several customers to lay on the floor. Reports state that the robber left in a vehicle with an undisclosed amount of cash. No injuries were reported in connection with this robbery, there is no vehicle description at this time and the incident is under investigation.