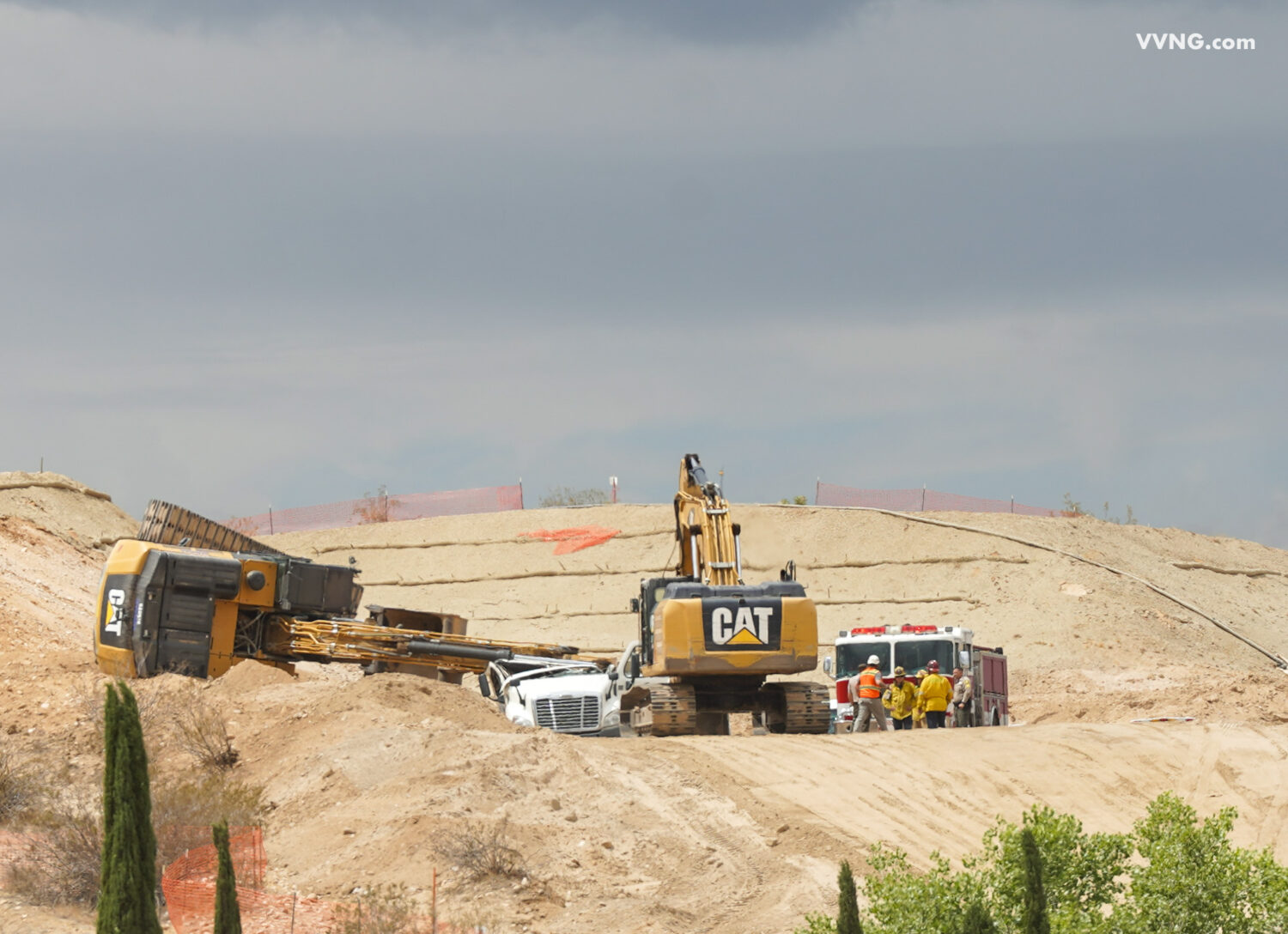 VICTORVILLE, Calif. (VVNG.com) — A man working at the Green Tree bridge project in Victorville was killed by an excavator Wednesday morning.

It happened at about 11:39 am, on June 22, 2022, where Ridgecrest Road turns into Yates Road along the outskirts of the community of Spring Valley Lake.

Emergency personnel received information that a large piece of heavy equipment had fallen on top of a semi-truck and the driver was trapped inside.

Firefighters arrived on scene and reported extensive extrication would be required. A short time later the occupant of the truck was pronounced deceased.

The industrial accident occurred at the construction site of the Green Tree bridge project that will ultimately connect the City of Victorville to the Town of Apple Valley via the Yucca Loma bridge.

This latest incident is the second death to occur at the site of the project since breaking ground.

In March of 2021, VVNG reported on a fatal traffic accident involving 4 construction workers that were struck by an SUV along Hesperia Road. One of the victims was pronounced deceased at the scene and the other three victims were transported to hospitals for treatment.

OSHA investigators along with the San Bernardino County District Attorney’s Office will be handling the investigation.

UPDATE: Motorcyclist killed after crashing with a car on Del Gado Road in Victorville