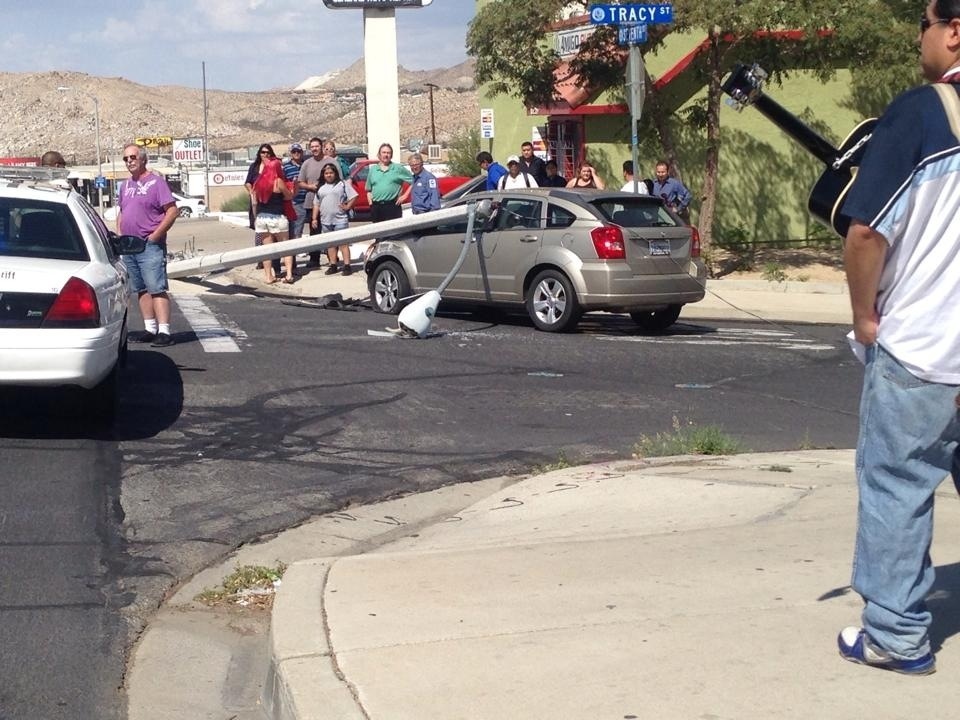 VICTORVILLE:(VVNG.com)- A woman  was taken to the hospital Thursday after sustaining serious injuries in a single vehicle traffic collision at 3:30 p.m., at the corner of 7th street and Tracy Street in Victorville.

[googlemap src=”” align=”alignright” ]The unidentified woman was traveling in a gold-colored Dodge Caliber when for unknown reasons her vehicle struck a light pole that landed on top of her vehicle. Firefighters had to proceed with caution as there was a strong possibility of the downed wires carrying a charge, which could also charge the vehicle.

The driver and sole occupant was, unconscious and transported by ground ambulance to a nearby landing zone. Where she was flown by an air ambulance to an out of area trauma center. No other injuries were reported.

At this time the exact cause of the accident is currently being investigated by the Sheriff’s Department.