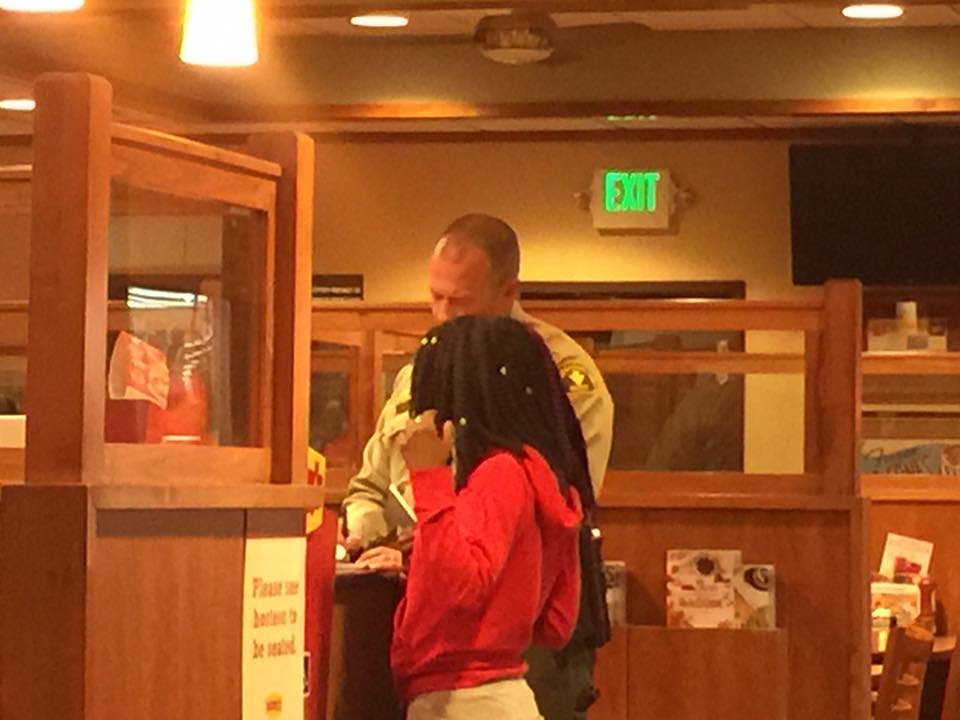 ADELANTO-(VVNG.com):  Adelanto station deputies made contact with at least three women on Thursday night after an attempted dine and dash at a Denny’s Restaurant.

Deputies were dispatched to the Denny’s located at 14240 US-395 in Adelanto at around 10:35 p.m. after three to four women attempted to leave the restaurant without paying.

Witness David Shynovick told Victor Valley News that he had just pulled up and he saw the young women running out the door to their silver Chevy Cobalt.

The women got into the vehicle and attempted to start it. The vehicle would not start leaving the women stranded in the restaurant parking lot. One of the women ran over to the donut shop in an attempt to elude authorities.

Shynovick said, “One of them was throwing up inside of the car and the car looked like it was in a fresh accident.”  The reporting party, per scanner traffic, reported that the women were possibly intoxicated but Staci Parks says there is no information stating that any of them were intoxicated at the time of the incident.

Sheriff’s officials said that no arrests were made and no citations were issued as a result of this incident.  “A parent of one of them arrived and paid for the bill,” said Parks.