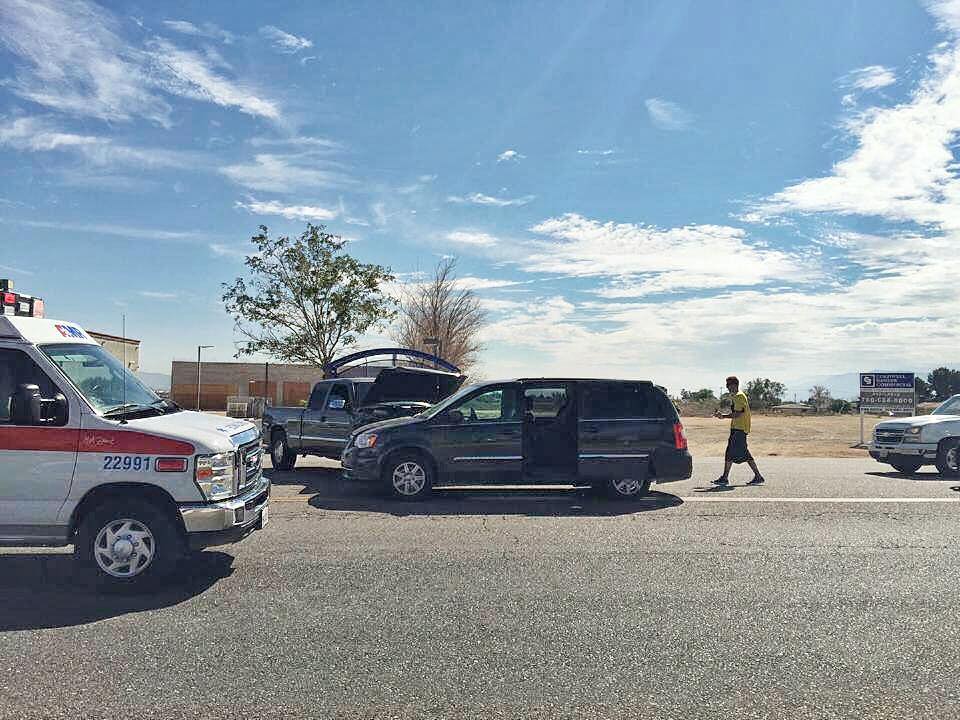 VICTORVILLE-(VVNG.com): A 34-year-old woman is behind bars following a out-of-the-ordinary vehicle theft involving three vehicles. At about 10:18 a.m. on Saturday, September 12th, the suspect, Fabiola Ibarra stopped at the Circle K located in the 14500 block of Palmdale Road with her friends. Ibarra was a rear passenger in the 2002 GMC truck, when according to authorities, her friends went inside the store at the gas station and she drove off in the truck.

As she pulled out onto El Evado she crashed into a vehicle. “When a witness stopped to help, Ibarra stole the witness’s 2009 Ford F150 and left southbound on El Evado,” said San Bernardino County Sheriff’s Spokesperson, Sgt. Dave Burgess. “I stopped to see if everyone was ok and offered the lady with the baby a seat in my truck to get them out of the intersection. The other woman ran to my truck and stole my truck with me hanging on to the door handle,” said Steven Aragues.

About 15 minutes later, a vehicle theft was reported on the 12000 block of Biscayne Avenue in Victorville. The subject, believed to be Ibarra, entered the victim’s home, stole his keys and drove off in his 2014 Kia Sonata. Responding units arrived on scene and located the stolen Ford F150 a few houses away from the location.

The vehicle was located using satellite signal from the Sirius XM radio in El Monte,” said Sgt. Burgess. The El Monte PD located the vehicle and the suspect matching the description in all three of the vehicle thefts. Deputies responded to El Monte and transported to the West Valley Detention Center, where she was booked for Grand Theft Auto.

Ibarra is also being held on an unrelated Los Angeles County warrant and has a past history of drug related offenses. She is due in court for a Tuesday morning arraignment hearing at the Victorville Superior Court.

All of the vehicles have been returned to their owners.