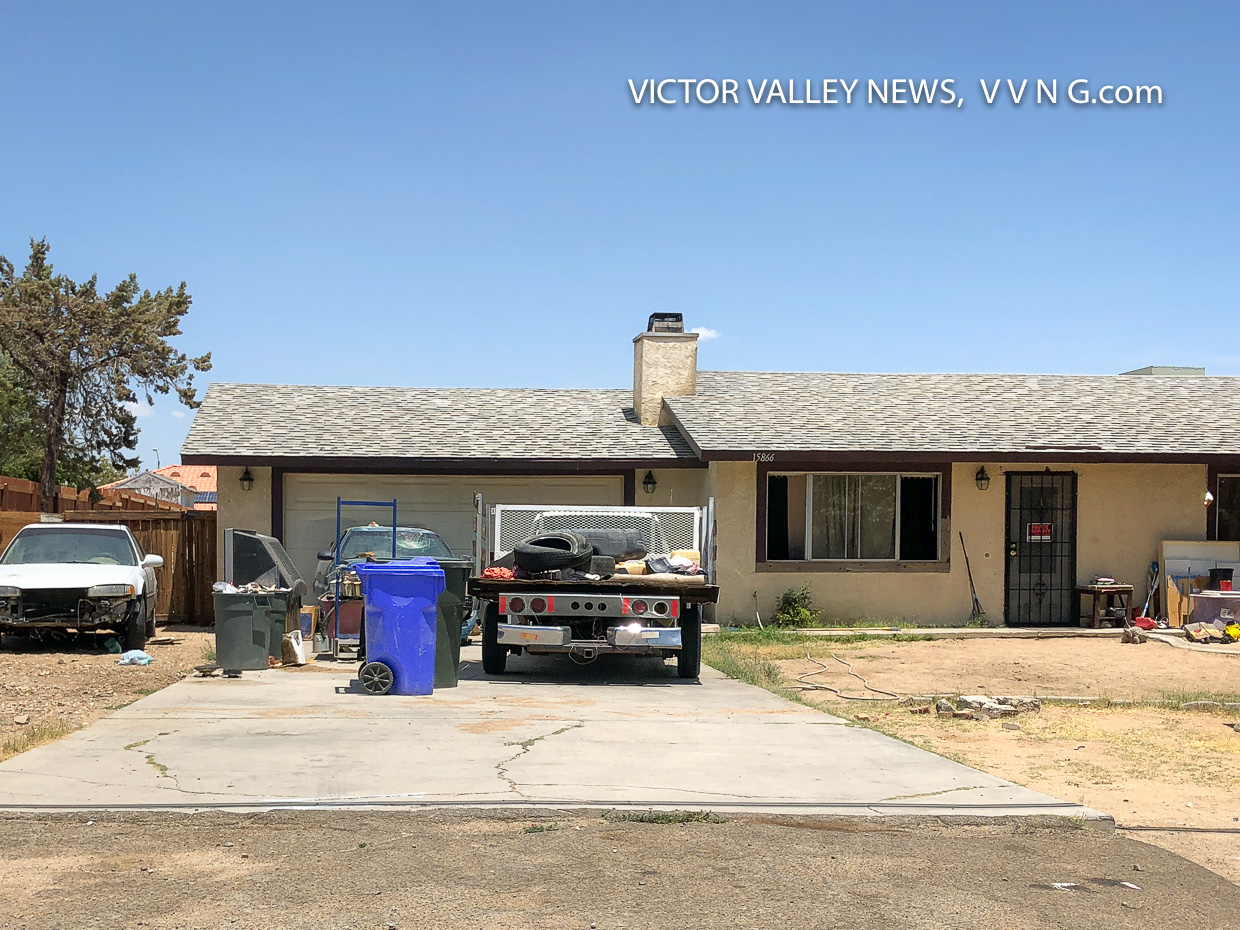 UPDATE 7/18 @ 9:10 am – Sheriff’s officials have identified the female victim as Judith Ornelas, 47, of Victorville. No further details were released.

VICTORVILLE, Calif. (VVNG.com) — Four people are under arrest after skeletal remains were found cemented inside of a trashcan at a Victorville residence, officials said.

The gruesome discovery was made on Sunday, July 8, 2018, at 7:30 p.m., when deputies from the Victorville Police Department responded to a residence in the 15000 block of Sitting Bull Street in Victorville.

Due to the nature of the call, responding deputies requested the assistance of Deputy Moyer and his K9 Ellie.

“Ellie, a Human Remains Detection (HRD) dog hit on the trash container. Subsequently, deputies located skeletal remains inside the trash can which was partially filled with cement,” stated a sheriff’s news release.

Investigators from the Specialized Investigations Division-Homicide Detail were requested and began an investigation.

According to the release, detectives determined the victim had been deceased at the location for over a year and the suspects were friends of the victim at the time of her death.

The Coroner’s Division is attempting to identify the victim and determine the cause of death.

Detectives from the Specialized Enforcement Division – Gang Detail were requested to assist in the investigation.

On July 13th, detectives located and arrested Lori Rector, 57, Louis Chacon, 43, and Alphonso Lozano, 36, all residents of Victorville. The fourth suspect, Jayson Weiss, 31, was already in custody at the West Valley Detention Center on an unrelated charge.

The suspects were transported to the High Detention Center; Lori Rector and Jayson Weiss were booked for murder, Louis Chacon, and Alphonso Lozano were booked for accessory to murder. 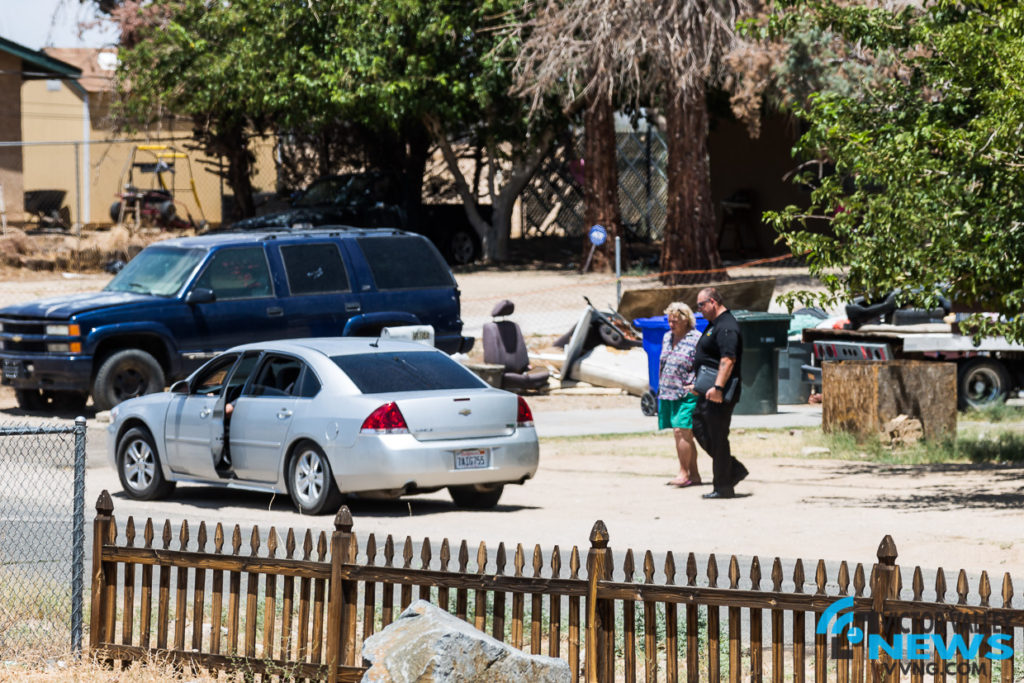 On July 13, 2018, a 57-year-old woman was arrested for murder on the 15800 block of Sitting Bull Street, along with three other suspects. (Gabriel D. Espinoza, Victor Valley News.)

Anyone with information is urged to contact Detective Gerad Laing or Sergeant Ryan Smith of the Specialized Investigations Division (909)387-3589. Callers wishing to remain anonymous are urged to contact the We-Tip Hotline at (800)78-CRIME (27463), or you may leave information on the website www.wetip.com.