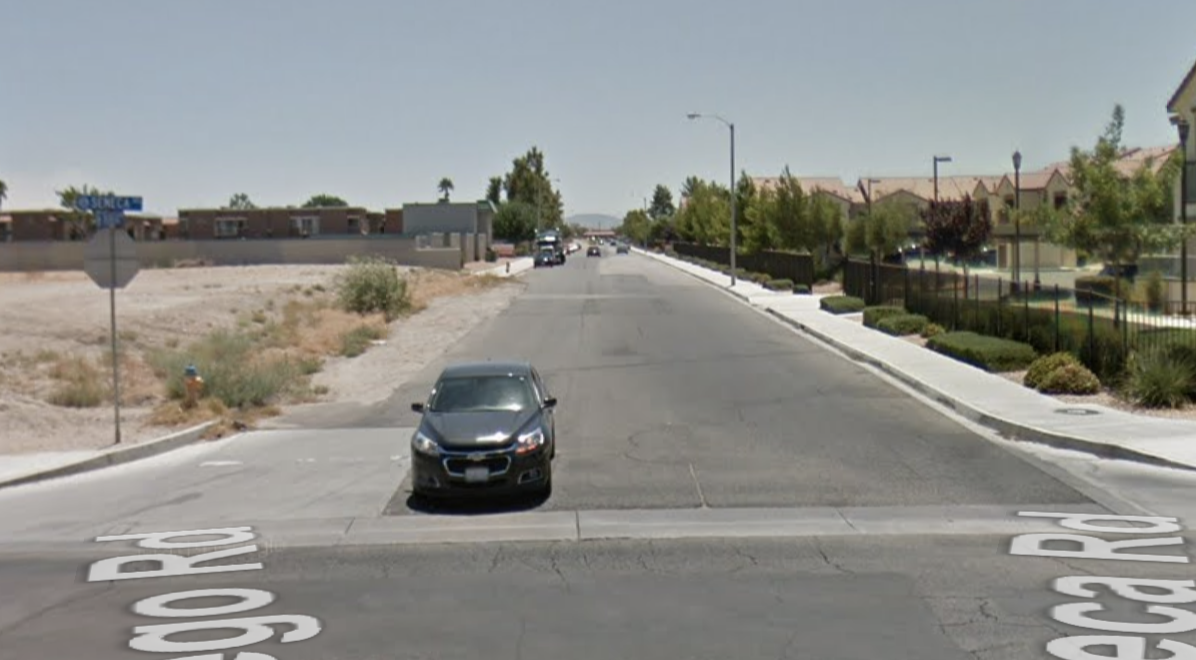 VICTORVILLE, Calif. (VVNG.com) — A woman who pulled over to exchange numbers with an unknown man was the victim of a robbery when the suspect snatched her necklace.

Sheriff’s spokeswoman Mara Rodriguez said the female victim and male suspect were driving their respective vehicles when the victim thought the suspect was trying to get her attention so she stopped her vehicle.

“The suspect stopped alongside her and approached her at her driver’s side window. As the two were exchanging phone numbers, the suspect ripped a necklace from the victim’s neck, got back in his vehicle, and fled,” stated Rodriguez.

The suspect was described as a black male in his 20’s, approximately 5’3” tall and was driving a small red SUV, possibly a Honda or Toyota.

The sides of his head were shaved and he had dreadlocks in a ponytail on the top of his head. He was last seen wearing a black shirt and black pants.

Anyone with information is asked to call Deputy L. Phillip at the Victorville station 760-241-2911.