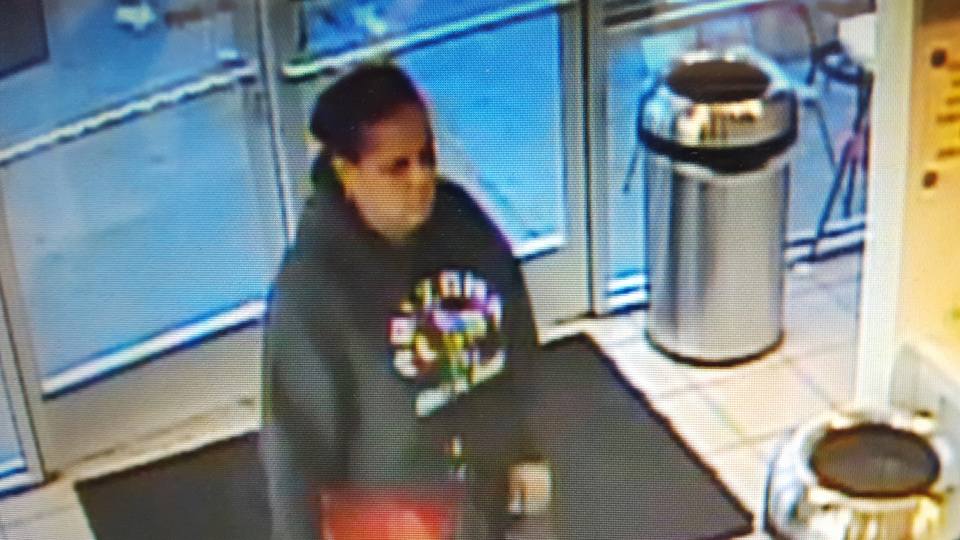 VICTORVILLE-(VVNG.com): A quick sleight of hand, a short tirade and a local schemester left with $10 that did not belong to her and a $1.50 water that she did not pay for. The Sweet Frog store manager understands $10 is not a large theft, but he is concerned that this woman may be doing the same at other local restaurants and stores.

The incident happened on Sunday, January 10, 2016, at about 4:45 p.m.  The woman made a purchase of water and received her change back from the cashier. According to the manager, Kevin Mcintyre the woman began yelling at the cashier that she shorted here $10. He said that the scene she made confused the cashier and the manager at the store at the time, who just gave her the $10.

“After they called me I knew exactly what had happened. So had my lead count the door and found out it was $10 short,” said Mcintyre. After reviewing surveillance footage, they saw what the woman had clearly planned prior to reaching the store cash register. After receiving her change, the woman could clearly be seen switching the change the cashier gave her with some cash that was concealed under her shirt.

He says he would just like to get the word out so this does not happen to other local businesses.