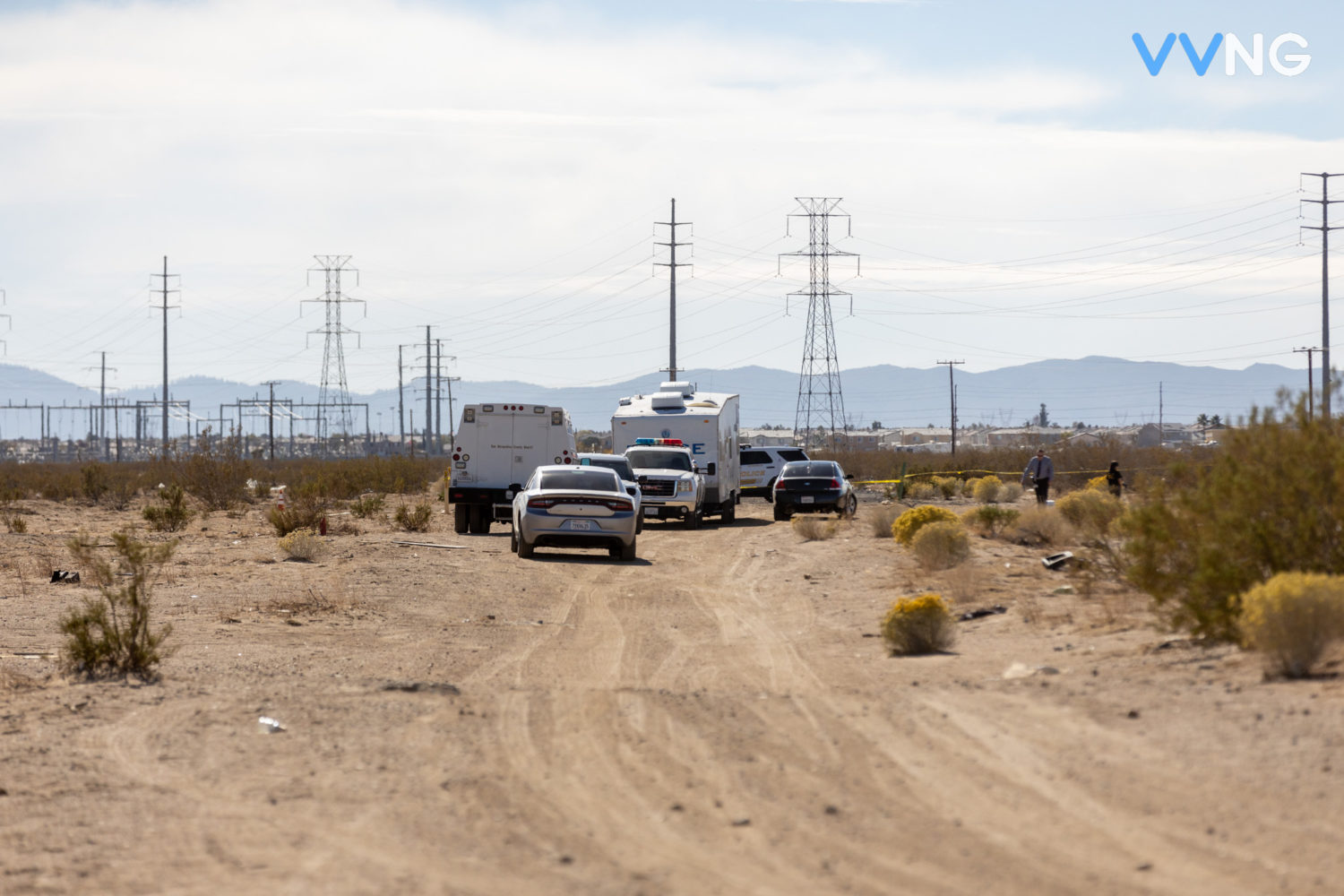 VICTORVILLE, Calif. (VVNG.com) — Homicide detectives are investigating after a woman’s body was found in the desert Tuesday morning in Victorville.

A witness told VVNG a man was out walking his dog in the field when he came across the body. The frantic male ran to a nearby residence and asked the homeowner to call 911.

Sheriff’s spokeswoman Mara Rodriguez confirmed that when deputies arrived a female was found deceased in a desert area and homicide detectives were requested to conduct the investigation.

According to the witness, the victim was a Hispanic adult female. This is a developing story and additional information will be updated as it becomes available.