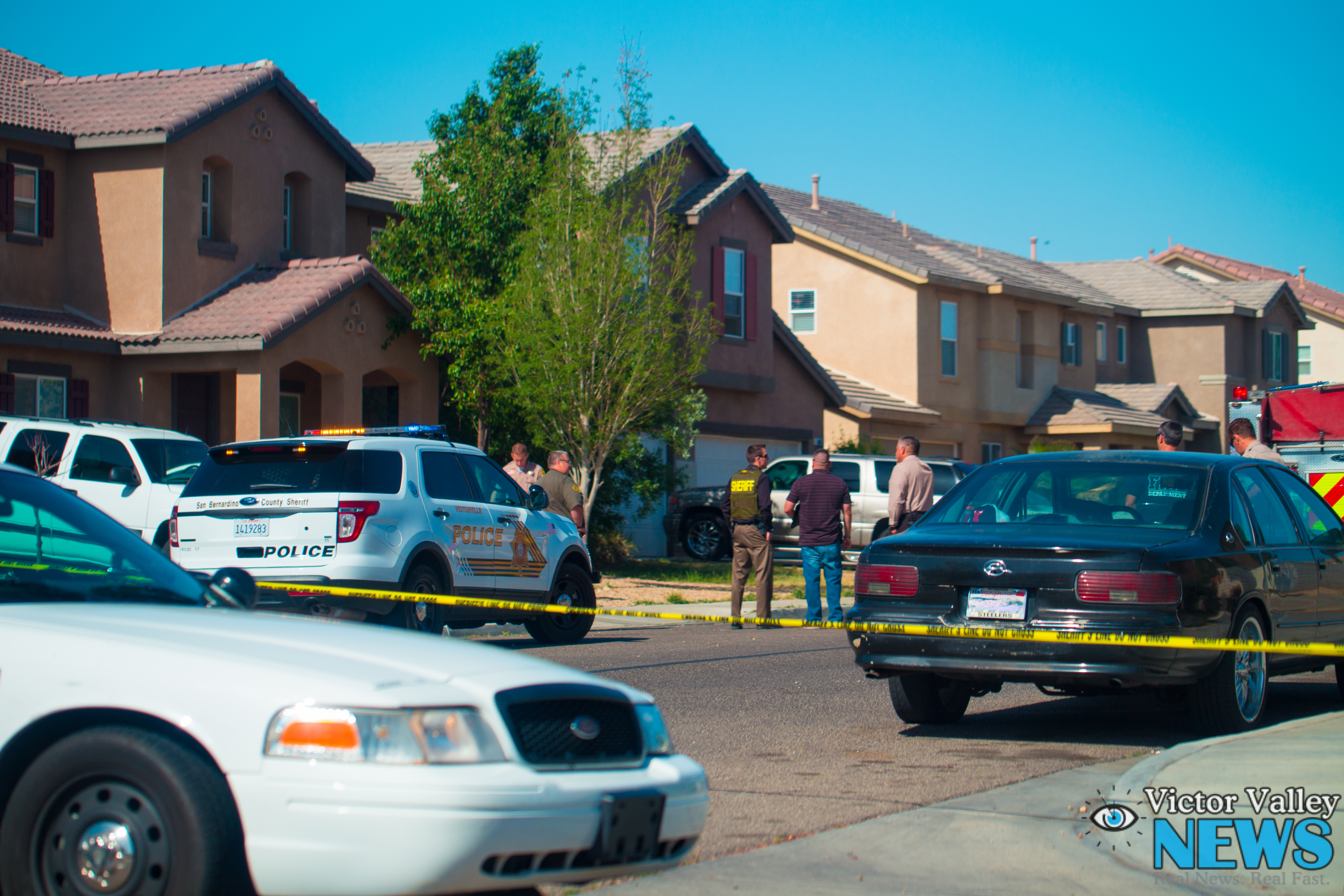 VICTORVILLE-(VVNG.com): On the morning of Tuesday, May 5th at approximately 8:45 A.M., a male called dispatch to report that his wife had been shot by three black male adults.

The woman was heard crying in the background by dispatch during the call as multiple reports of numerous shots fired followed.

Per scanner traffic, The two to three black males in grey and black hoodies and jeans left the home in the 14000 block of Horseshoe Way heading toward Pony Trail in a black SUV. The woman was in the yard at the home shot in the left foot.

According to authorities, the incident is being investigated as drive-by shooting.

The vehicle involved was described as either a Nissan Murano or a Saturn SUV, black in color. Emergency responders arrived at the scene to render aid and to locate the shooter.

Brentwood Elementary was temporarily placed on lockdown as a precaution, the lockdown has since been lifted.