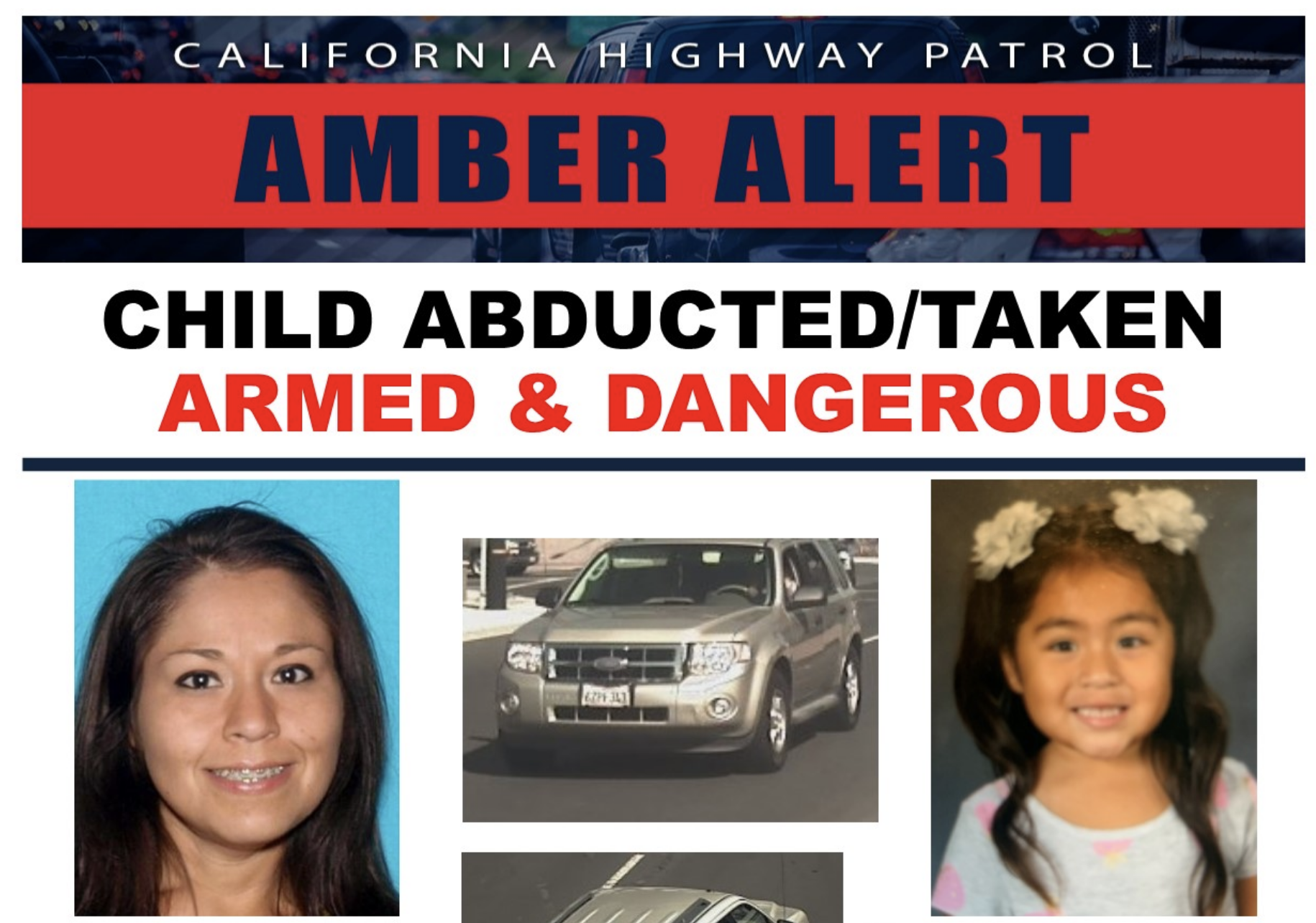 According to the California Highway Patrol incident logs, just before 6:00 pm, dispatch received information that a Gold Ford Escape with a plate ending in 343 was traveling southbound on the freeway.

Unfortunately, the reporting party lost sight of the suspect’s vehicle near the runaway truck ramp.

At 6:34 pm, a CHP officer reported he had a visual on the vehicle traveling 50 mph on the southbound and approaching Cleghorn Avenue. Officers initiated a felony traffic stop on the vehicle and it yielded just north of Kenwood Blvd.

The female suspect was taken into custody without incident at 6:42 pm, scanner traffic reported. The child was reported to be in the vehicle and sleeping in the car seat.

The alleged abduction happened on Friday, December 27, 2019, and was reported by the Garden Grove Police Department.

The suspect, Christina Lujan, 39, and 3-year-old Josephine Lujan, were last seen just before 2 pm., in Garden Grove, according to an Amber Alert issued by the California Highway Patrol.

According to a CHP news release, they are believed to be traveling in a gold, 2012 Ford Escape SUV with California license plate 6ZPF343.

Authorities did not provide any details into the abduction. Anyone who sees Christina or Josephine is urged to call 911.