VICTORVILLE, Calif. (VVNG.com) — A Victorville woman is continuing to recover after she was viciously attacked outside her home with a machete by an unknown assailant.

The frightening incident happened on Monday, August 27, 2018, at about 11:15 p.m., in the 12000 block of Tablerock Lane, in the community of Eagle Ranch in the city of Victorville.

A friend of the victim who spoke with Victor Valley News on condition of anonymity said her friend was attacked by a man in the driveway of her home.

Surveillance footage shared to our newsgroup shows the victim pulling into her driveway, exiting her vehicle and walking towards her front door just before the attack.

The footage captured a dark-colored vehicle with its lights off that appeared seconds after the woman arrived home. The suspect’s vehicle abruptly stopped in the street and a male subject exited the driver side and ran towards the woman.

The attack happened out the surveillance camera’s coverage, but seconds later the unidentified male is seen running back toward’s the vehicle.

According to the victim’s friend, the suspect demanded the woman’s purse and used a machete to strike her in the arm.

“As the attack was taking place she was screaming and pushing her doorbell, but by the time neighbors came out to see what happened the suspect had already fled the scene,” the friend stated.

The woman was air-flighted to an out of area trauma center where she underwent several surgeries and is continuing to recover.

“She actually has a broken arm and multiple severed tendons,” stated the friend.

The victim described her attacker as a tall, thin, Black Male in a small dark-colored sedan.

Earlier this week, Victor Valley News reached out to the Victorville Police Department for additional information on the assault in Eagle Ranch, but have yet to be provided with an update. 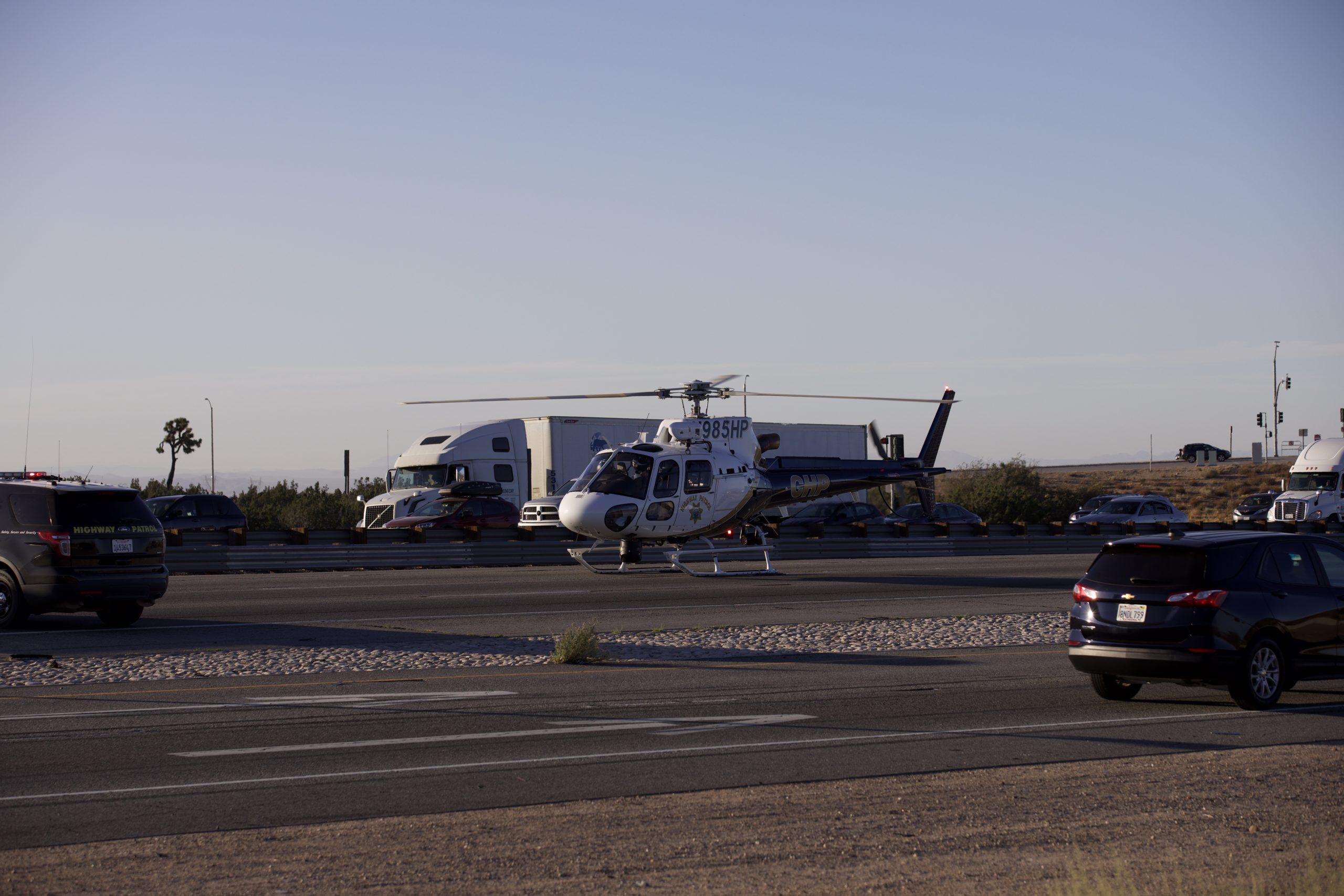 According to the California Highway Patrol incident logs, a motorcycle rider was struck by a vehicle.

The impact sent the bike into the right hand shoulder of northbound 15 freeway and the rider into the center divider.

CHP logs reported that at least 8 motorcycles pulled into the center divider while 15-20 motorcycle riders stopped in lanes of traffic after the crash.

Northbound and southbound traffic of the 15 freeway was briefly stopped while a helicopter landed on scene.

There were no other injuries reported. The freeway was reopened at 6:45 p.m.

The cause of the crash is currently under investigation. This is a developing story with no further details currently available.