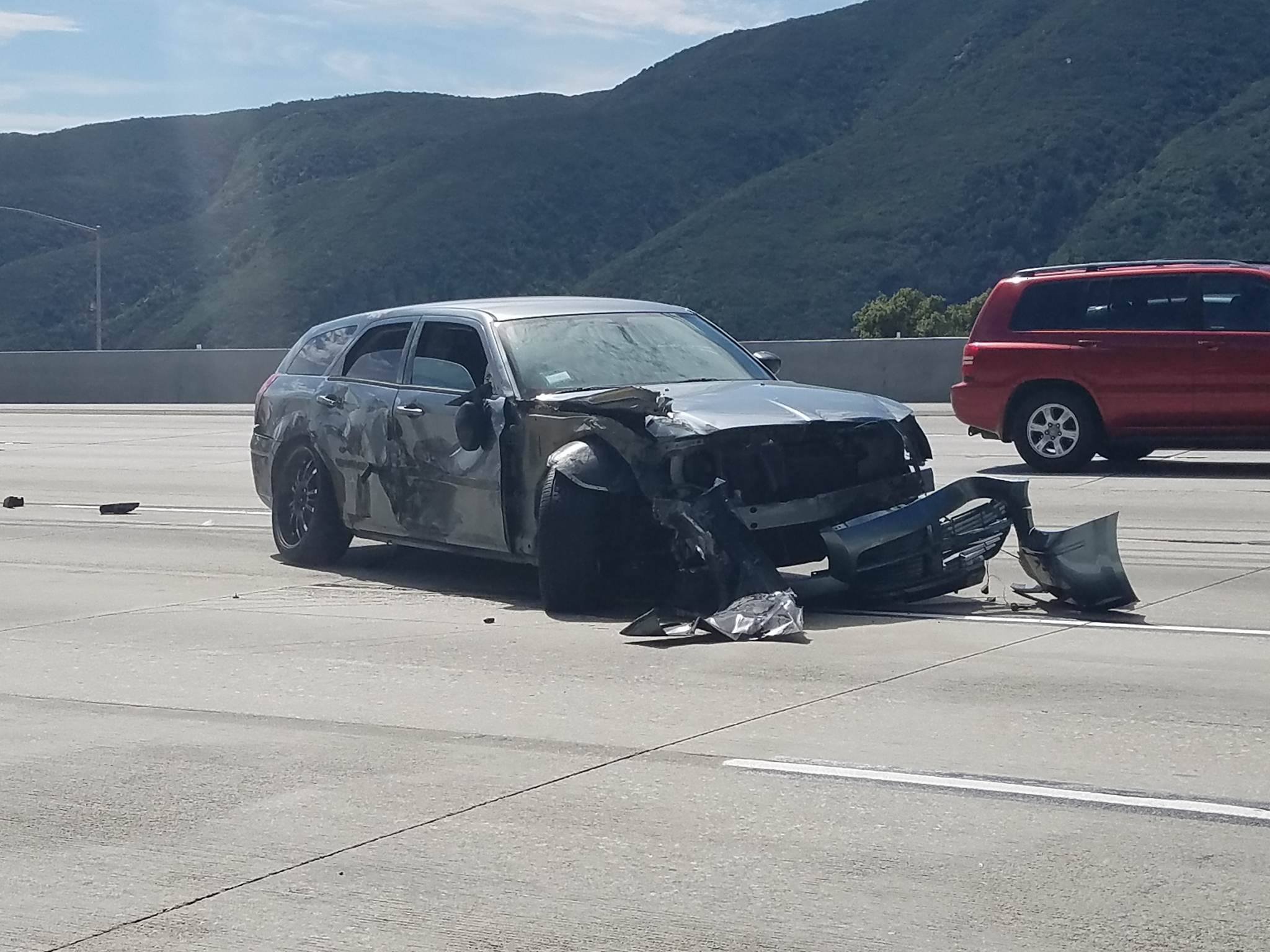 CAJON PASS, Calif. (VVNG.com) A woman walked away unscathed after crashing with a tractor-trailer on the I-15 freeway Wednesday afternoon.

According to CHP incident logs, the collision was reported at 12:16 p.m., on the northbound 15 freeway near Kenwood Avenue and the 215 split.

The crash caused both vehicles to stall in the no. 2 and no. 3 lanes of the freeway.

Tonie Cici Mason was traveling along the freeway when she saw the vehicle in the roadway and nobody around it. Mason immediately pulled over to check on the driver to make sure she was ok. “The driver was sitting in her car in complete shock. I made her come wait with me on the side of the freeway,” stated Mason.

Mason told Victor Valley News she was surprised that nobody else had even stopped to check on the woman. “Even the driver of the semi just sat there. He didn’t even bother to get out of the truck to check on her.”

Medical aid arrived and although the woman was in shock, she declined any medical transport. The driver of the semi was not injured in the crash.

At about 12:35 p.m. a tow truck arrived at the scene and preparing to tow the vehicle.

CHP Officers are investigating the cause of the collision.