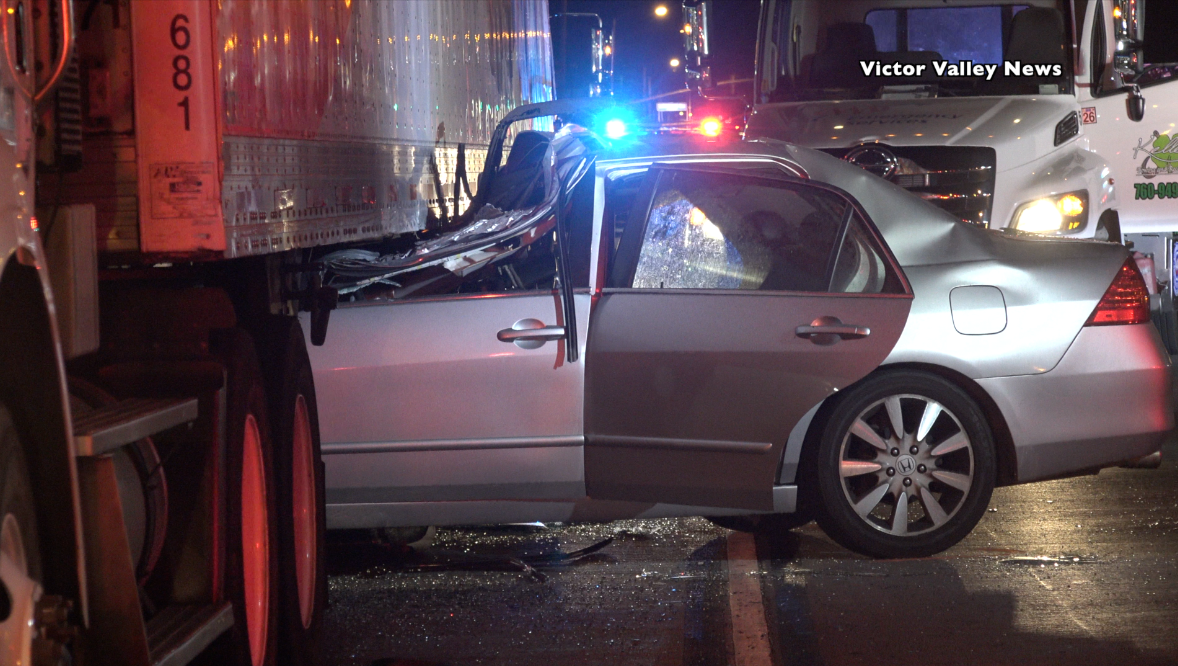 VICTORVILLE, Calif. (VVNG.com) — A woman fled after hitting a pedestrian and then crashed moments later, becoming trapped under a semi truck here Monday morning at about 12:38 a.m.

According to officials, the female driver of a silver 2007 Honda Accord rear-ended a vehicle in the McDonalds parking lot located on the 12100 block of Mariposa Road in Victorville and then fled.

“My husband got out the car and was checking our bumper and her bumper for damage, as he was bending over she struck him in the head with her car and took off, his head began gushing blood,” the wife of the victim told Victor Valley News.

The suspect left the parking lot and drove south on Mariposa Road and then attempted to turn east on Bear Valley Road when she crashed again, but this time she became trapped under a Ralphs/Food 4 Less tractor-trailer carrying groceries.

“I just left from doing a delivery at Food 4 Less on Kiowa Road and was heading to Barstow,” said the driver of the semi. “I was waiting for the light to turn green and noticed a Honda driving really fast through the intersection, probably 40 miles per hour. Then she turned left, lost control and crashed right under my truck,” the truck driver said.

First responders arrived on scene and extricated the suspect from the vehicle. She was transported with critical injuries to Desert Valley Hospital and then airlifted to Loma Linda University Medical Center.

The male victim was placed on a gurney while being treated at the scene, but ultimately decided to drive himself to the hospital, officials said.

Bear Valley Road between Mariposa Road and Cottonwood Avenue was closed as authorities investigated the crash.

The official cause of the crash remained under investigation. 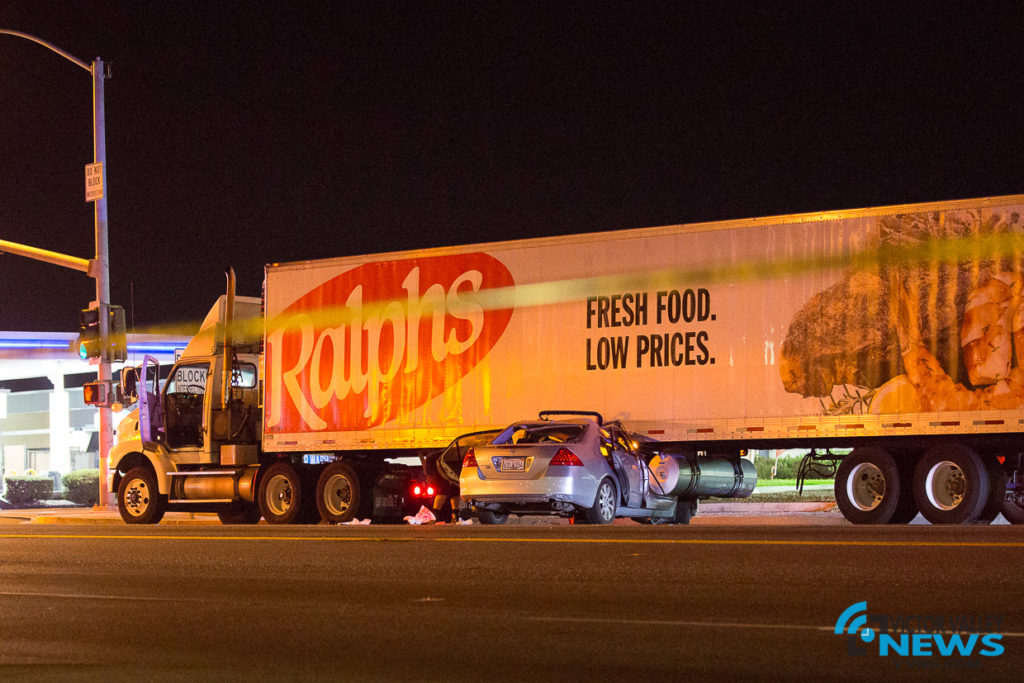