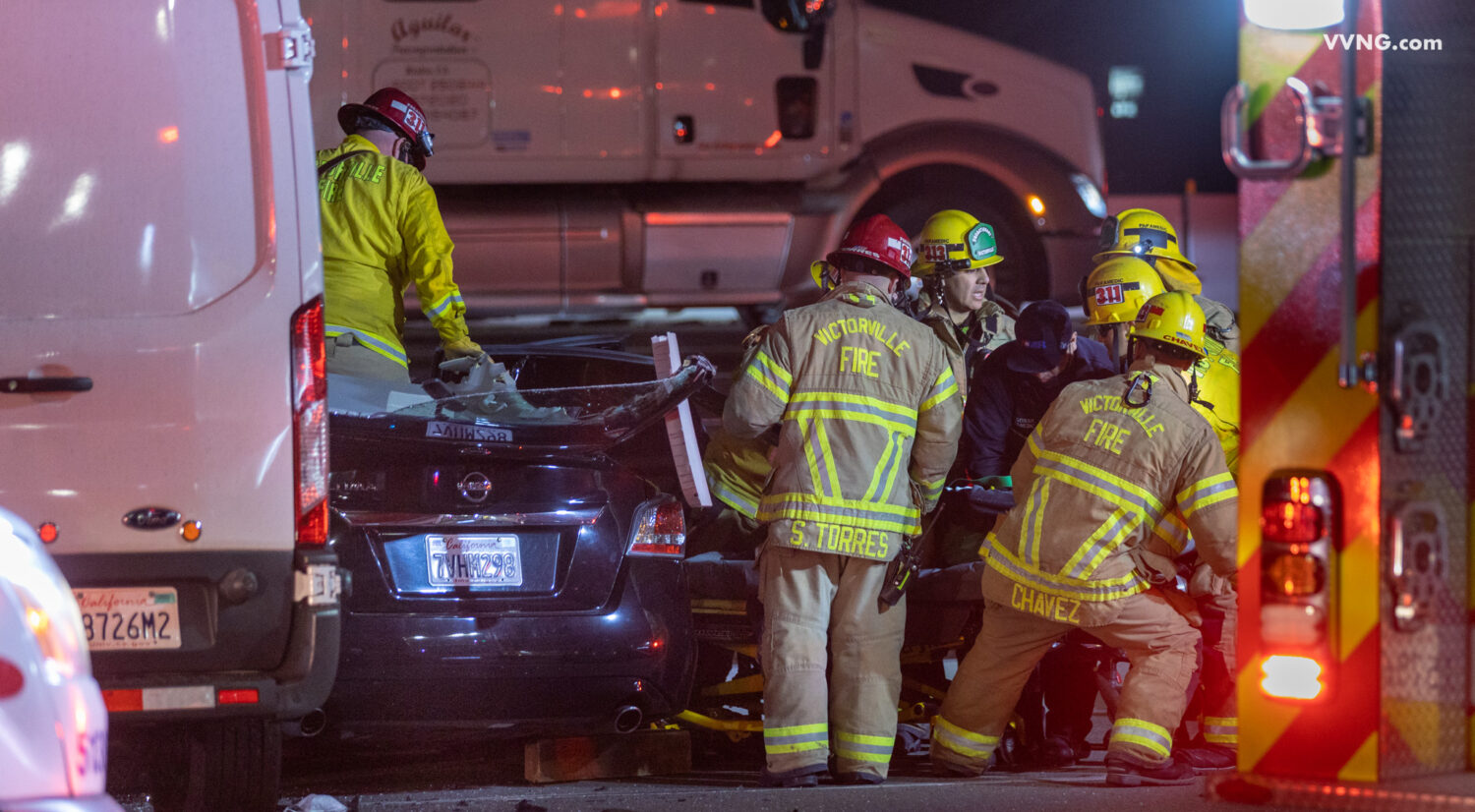 VICTORVILLE, Calif. (VVNG.com) — A woman trapped inside her vehicle required extrication, and several others were injured following a crash Tuesday night.

The Victorville Fire Department arrived on scene and located a white Ford Transit cargo van and a black 2015 Nissan Altima with major damage.

Emergency workers located a female driver trapped in the driver’s seat of the Nissan, requiring firefighters to cut open the roof in order to free her.

It took nearly half an hour for firefighters to free the woman. She was flown by ambulance to Loma Linda University Medical Center in critical condition.

A second helicopter was requested for a passenger of the Nissan sedan who also sustained critical injuries.

A third occupant of the sedan sustained minor injuries, along with the driver of the van.

All northbound lanes on Amargosa Road were shut down as firefighters triaged the victims.