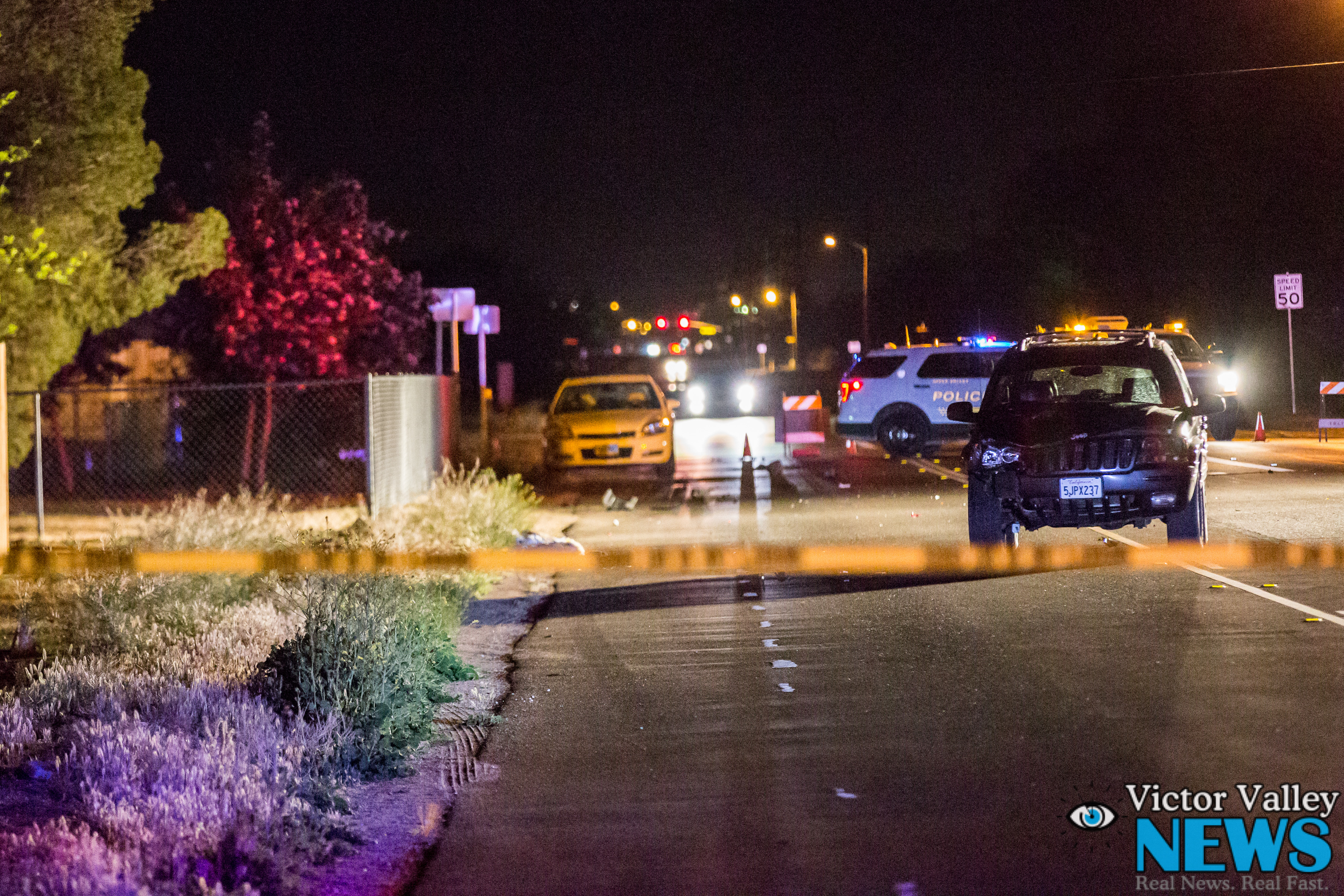 APPLE VALLEY-(VVNG.com):  The San Bernardino County Sheriff’s Department identified the woman who died after being struck by a vehicle Saturday night.

The woman, identified as Anne Marie Clemenson-Wolf, a 58-year-old resident of Fargo, North Dakota was driving her white Chevy Impala and for reasons still under investigation she stopped her vehicle on the right shoulder of southbound Kiowa Road just south of Del Oro Road.

Authorities said that Clemenson-Wolf was standing in the roadway when she was struck by the vehicle and was thrown to the right shoulder of the roadway.

Reed immediately stopped the vehicle and called 911. Clemenson-Wolf died at the scene as a result of the injuries sustained in the collision.

Members of the Apple Valley Sheriff’s Station Major Accident Investigation Team (MAIT) responded to the location to handle the investigation. Kiowa Road was closed to traffic between Del Oro Road and Caribou Avenue from 8:35 p.m. until 5:30 a.m. while the deputies from MAIT documented the collision. The cause of the collision is currently under investigation.