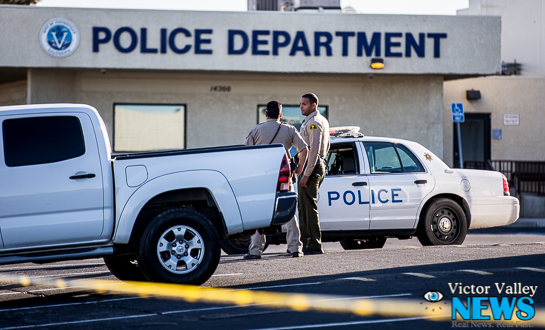 VICTORVILLE-(VVNG.com): On Saturday, November 14th, a Victorville woman discovered what appeared to be an old hand grenade in a box of old items at her mother-in-law’s home. The box had her veteran father-in-law’s name on it.

The woman, who had already planned on running errands, took the box to the Victorville Police Department to drop it off. The woman left the box in her vehicle as she reported her finding.

The parking area of the already closed police department, was quickly secured and the bomb squad was called to assist in identifying the object and, if necessary disabling an explosive. The reporting party, who asked to remain anonymous, said the item was confirmed by the Bomb squad to be a live grenade.

Victor Valley News contacted a San Bernardino County Sheriff’s Department public information officers for more details, but they were unavailable for comment at this time.