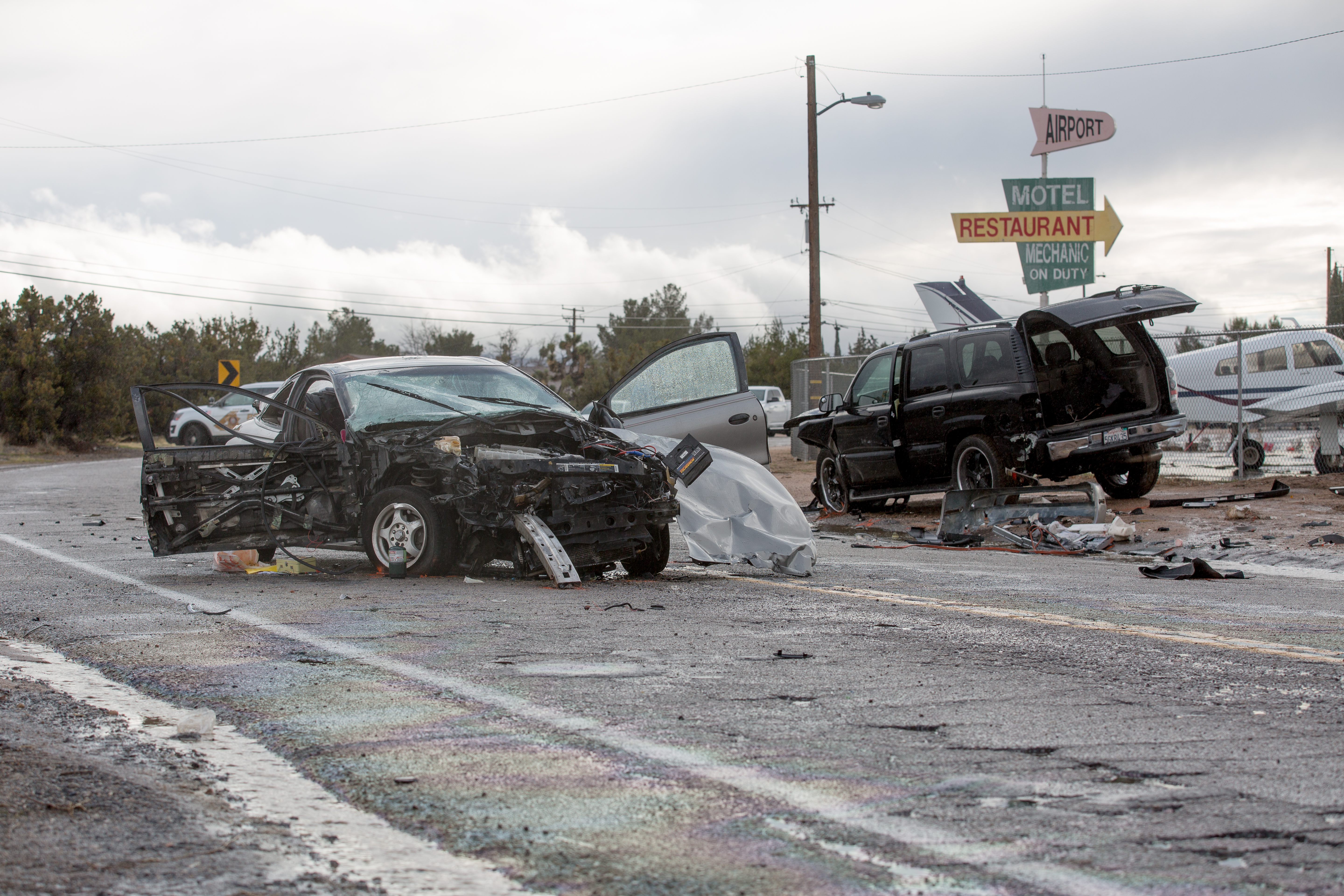 HESPERIA, Calif. (VVNG.com) A woman involved in a collision Friday afternoon was transported with major injuries to a trauma center.

The two-vehicle accident between a silver Saturn and a black SUV occurred on Sante Fe Avenue just south of Ranchero Road, directly in front of the Hesperia airport, at approximately 2:20 p.m.

The female driver of the Saturn was traveling northbound on Sante Fe Avenue when she swerved into the lane of the SUV driving on the southbound side for reasons unknown.

According to officials on scene, the female was not wearing a seatbelt and was ejected from the front seat into the back seat of her vehicle.

Due to weather conditions, an airship was unable to fly the woman to a trauma center and therefore was transferred by ground ambulance to Arrowhead Regional Medical Center with major injuries.