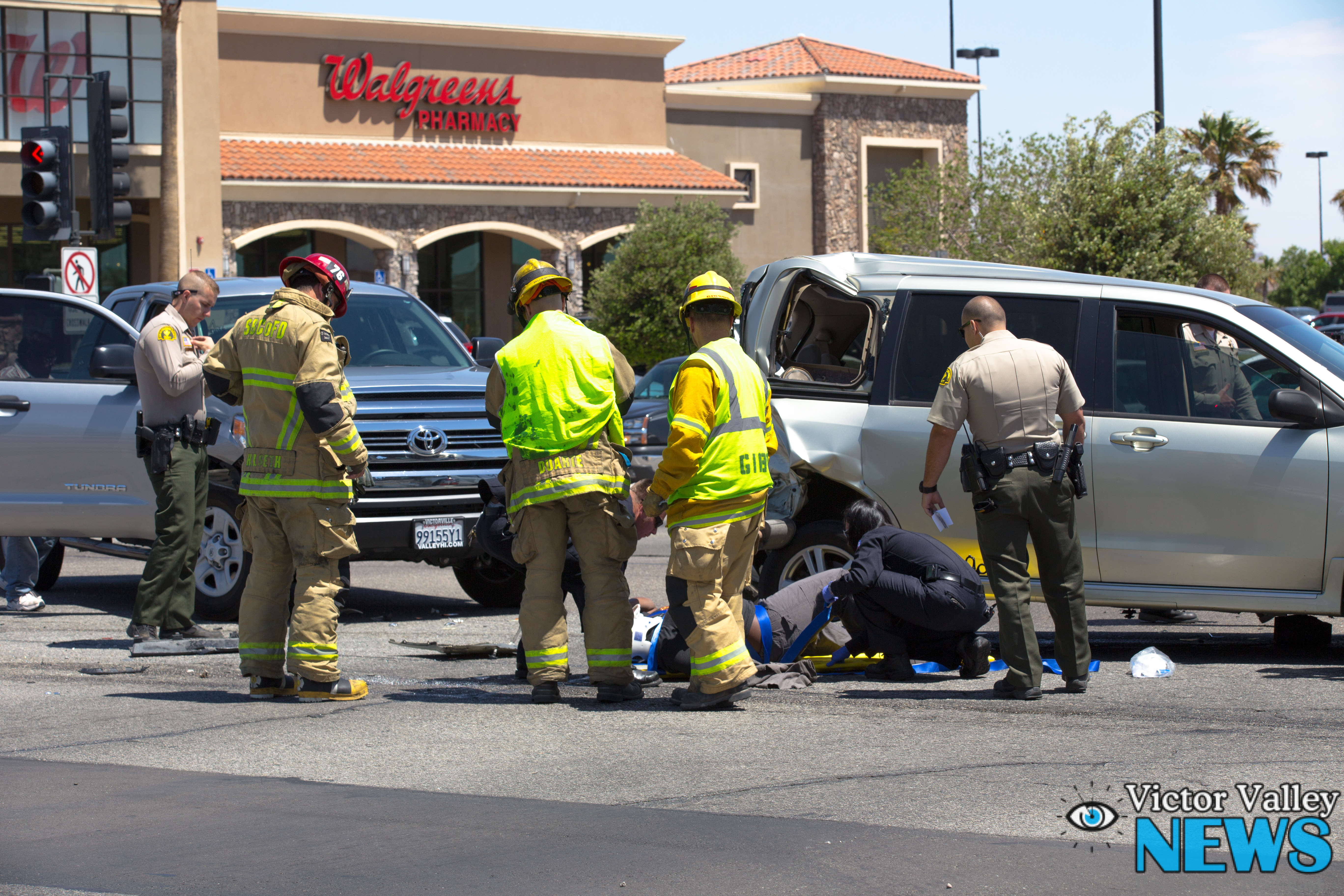 VICTORVILLE:(VVNG.com)- A woman was airlifted to a trauma hospital following a major injury traffic collision on Wednesday.

According to Sheriff’s Public Information Officer Mara Rodriguez, a female in a silver Range Rover failed to stop and rear-ended a Mazda MPV minivan, which was stopped at a red light.

Witnesses at the scene told Victor Valley News, that a female pedestrian was also struck while in the crosswalk.

Rodriguez said initial reports stated the 24-year-old female pedestrian was struck by the minivan while in the crosswalk. However, “as deputies began to talk to witnesses at the scene some stated that no, she was a passenger in the minivan and fell out when it was struck”.

San Bernardino County Fire Department Spokesman, Jeff Allen confirmed the female was in fact, a pedestrian and in a crosswalk at the time of the crash.

The female driver of the Range Rover was transported to St Mary’s hospital with non-life threatening injuries.

A silver Toyota Tundra, driven by a 63-year-old male also involved in the collision sustained minor front end damage. The driver was not treated for any injuries.

The collision remains under investigation and more information will be updated as it becomes available.