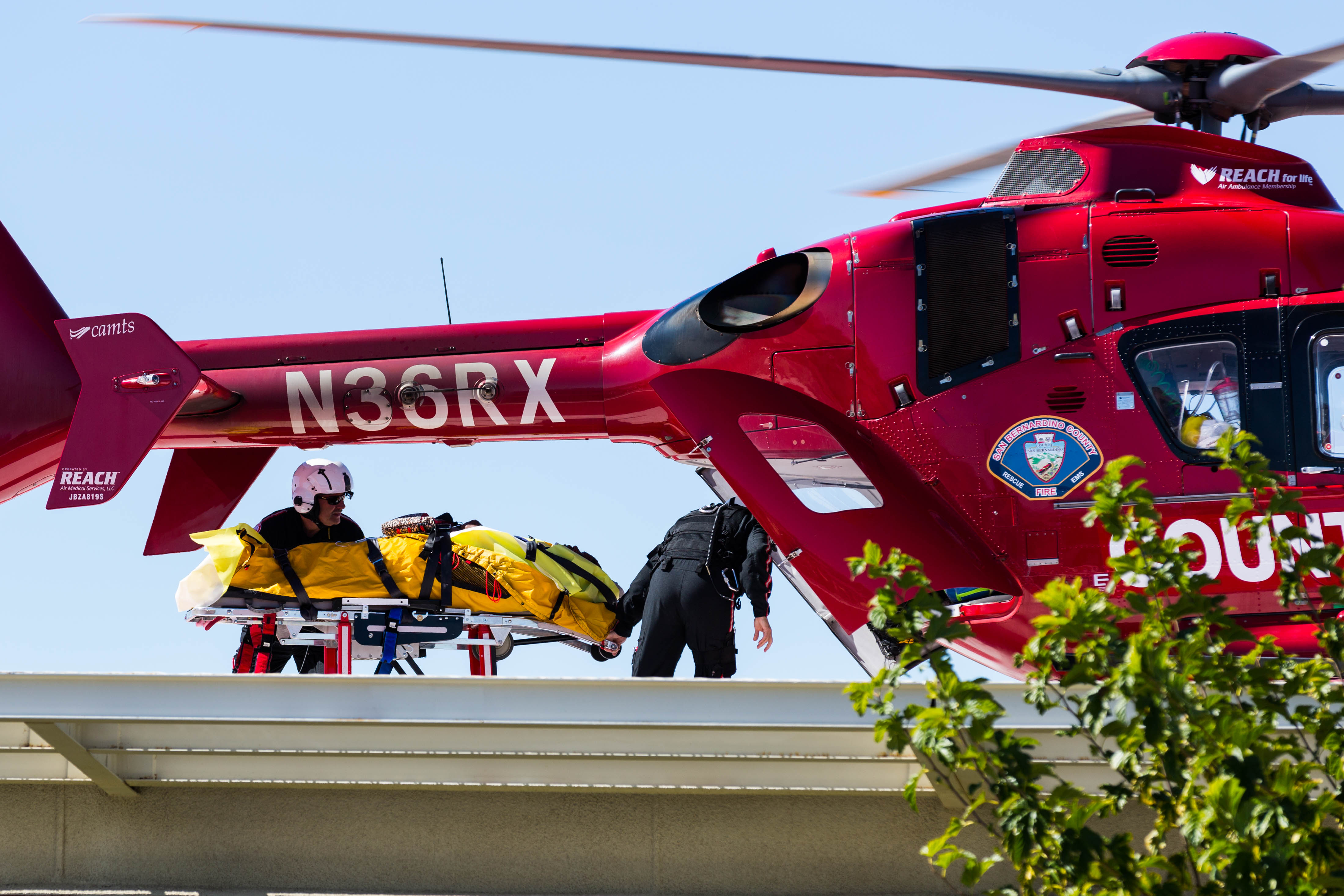 VICTORVILLE, Calif. (VVNG.com) — A pedestrian was flown to a hospital after being struck by a vehicle on Palmdale Road here Tuesday.

Just before noon, San Bernardino County Firefighters, Victorville Deputies and AMR were dispatched to the intersection of Palmdale Road and Park Avenue for reports of a woman hit by a car.

Annie Wright, a resident of Helendale, said she witnessed the crash and immediately pulled over to help.

“It wasn’t the drivers fault,” stated Wright. “She had a green light and was in the second lane farthest from the sidewalk and the lady just walked into traffic.”

According to Wright, the driver of another car stopped at the green light to let the pedestrian cross.

“I think the driver assumed everyone else would see her and stop too, but you really couldn’t see the lady,” Wright said.

The driver of the involved Scion spoke with Victor Valley News and said she westbound on Palmdale Road on her way to Town & Country Tire when the crash occurred.

“By the time I saw the lady crossing it was too late, I slammed on my breaks so hard that my tires locked up and I just slid into her,” said the driver of the Scion.

Officials said the woman is expected to survive and was alert when they arrived on scene. 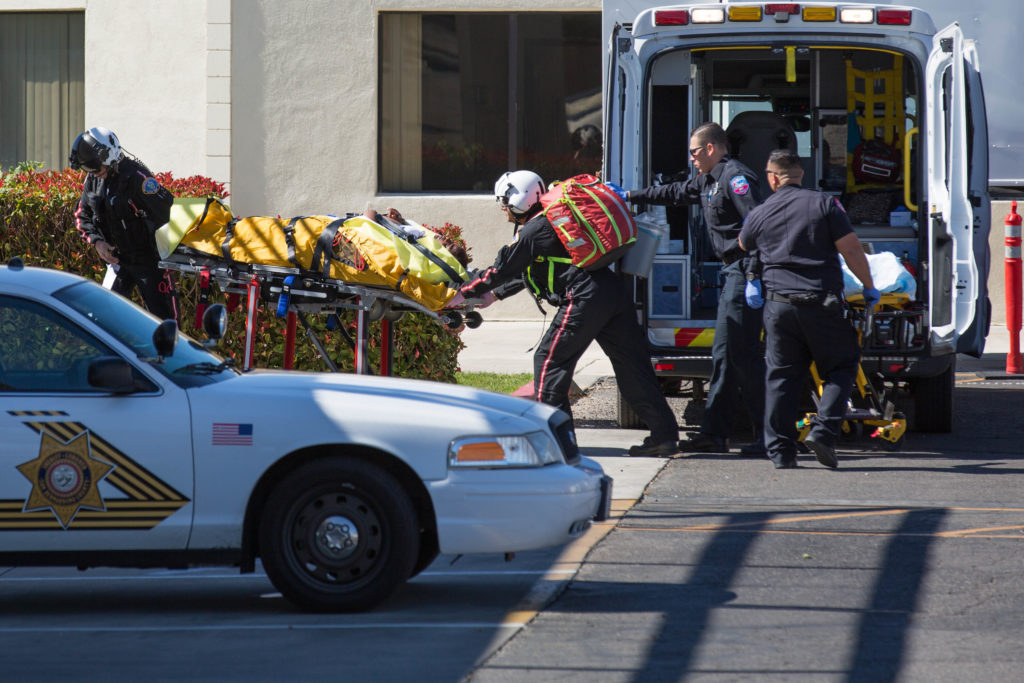