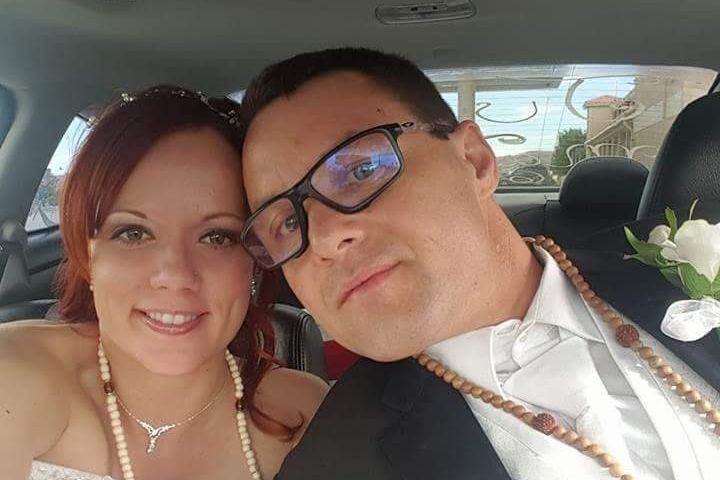 At about 4:40 am, a couple of passing motorist witnessed what appeared to be a body in the eastbound lanes of Highway 18, west of Apple Valley Road and immediately turned around.

Tabatha Marie and her husband were one of the first on scene and called 911 as they waited with Offerdahl for help to arrive. Offerdahl was rushed to St. Mary’s Hospital where despite life-saving measures she was pronounced deceased.

Through investigation, deputies with the Major Accident Investigation Team determined Offerdahl was struck by a vehicle which fled the scene without rendering aid or calling for help.

According to family, Offerdahl leaves behind two small children, a 3-month-old and a 13-month-old. Her husband, Richard Offerdahl is employed as a Paramedic/EMT with American Medical Response (AMR) in Victorville.

The AMR family have launched a Gofundme account to help Richard or more commonly to as “Ric” and his family with support.

“Ric is asking for prayers during this time as he feels lost without his soul mate. Let’s help support our brother with anything he might need,” stated the account description.

Donations to help with , funeral, and bills can be made via the Ric Offerdal Family Support.

Many questions remain unanswered as loved ones continue to struggle with the of a beloved wife and mother.

Richards sister, Christina Brooks, said the couple had recently separated and according to public records, Ric filed for divorce from Tiffany on January 25, 2019, two days before her tragic death.

According to public court records, Tiffany Offerdahl filed a domestic violence prevention restraining order on January 8, 2019, which was partially granted. A second hearing in this matter was scheduled for January 30th.

Ric said he’s not sure why his wife was out walking around and that she was supposed to have been in a rehab facility due to a history of personal issues.

“I had to kiss my dead wife goodbye this morning, just married two years ago,” stated Ric.

Tabatha Marie, the woman who stopped to call 911, told Victor Valley News she drove to the hospital on Sunday evening and met Ric and his family.

“He is very distraught but I’m really hoping we brought a little bit of closure to him and I know he did for us. He showed us pictures of her to help us see how she looked before last night when we found her. He is seriously heartbroken right now,” stated Tabatha.

Sheriff’s officials have not released any possible suspect vehicle information and are seeking additional witnesses.

Anyone with information is encouraged to contact Deputy Stuart Cullum at 760-240-7400. Callers wishing to remain anonymous may contact WeTip at (800)78-CRIME or www.wetip.com.