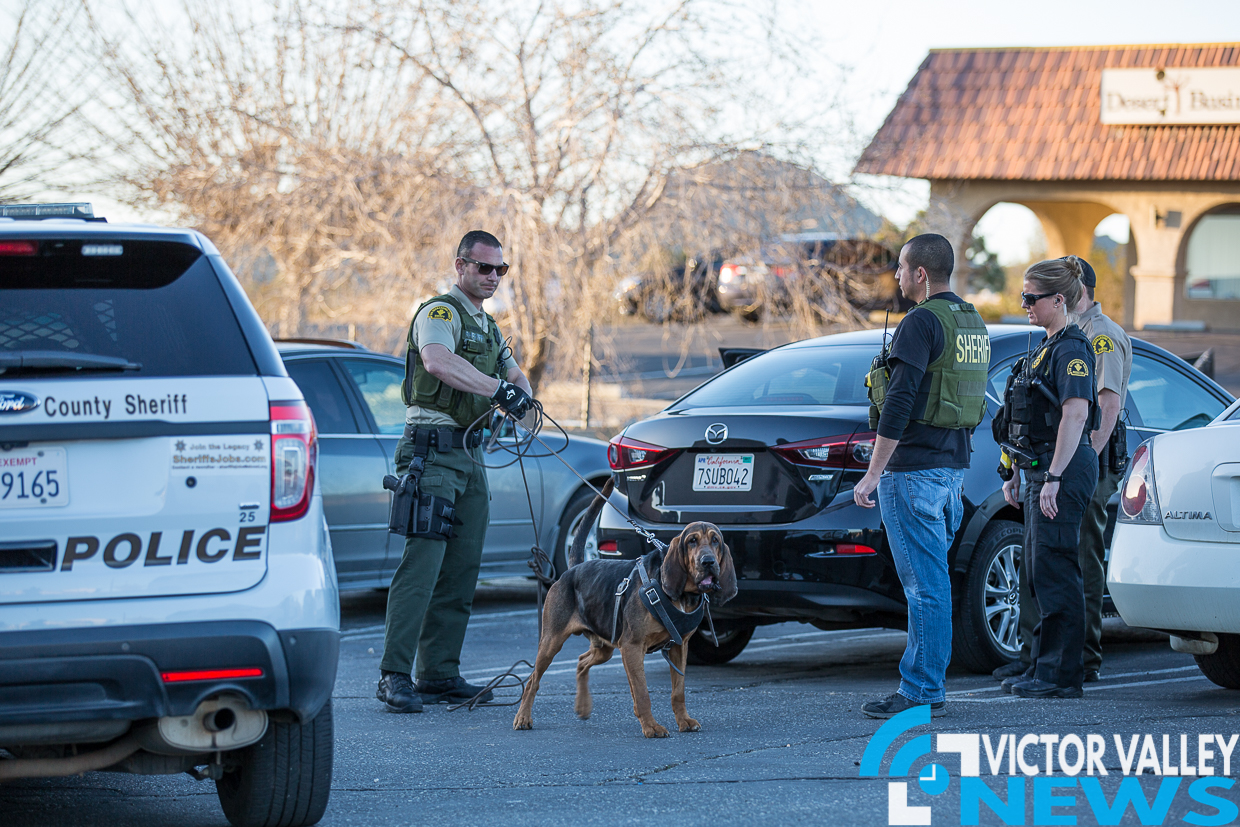 APPLE VALLEY, Calif. (VVNG.com) Authorities are searching for a female that stole a vehicle with a juvenile still inside.

A woman called 911 around 4:40 p.m., and said her child and car was stolen from outside a liquor store Tuesday afternoon after the keys were left inside the car.

The male juvenile was able to contact authorities and give his location and said the suspect fled on foot.

The black 2016 Mazda 3 was located approximately 15 minutes later in the parking lot of the Goodyear Tires on the 18800 block of Tao Road.

The suspect told the juvenile that she got into the wrong car by accident before panicking and fleeing into a field north of the tire shop, scanner traffic reported.

The suspect is described as a white female with red hair, wearing a white shirt and blue jeans.

The Sheriff’s helicopter (40 King) and a K9 Deputy and it’s Deputy handler are currently searching the area for the female.

Join our live news group with over 89,000 members for up the minute news. Victor Valley News

Victorville Man “Unresponsive” After He Was Pulled From Aqueduct (VIDEO)