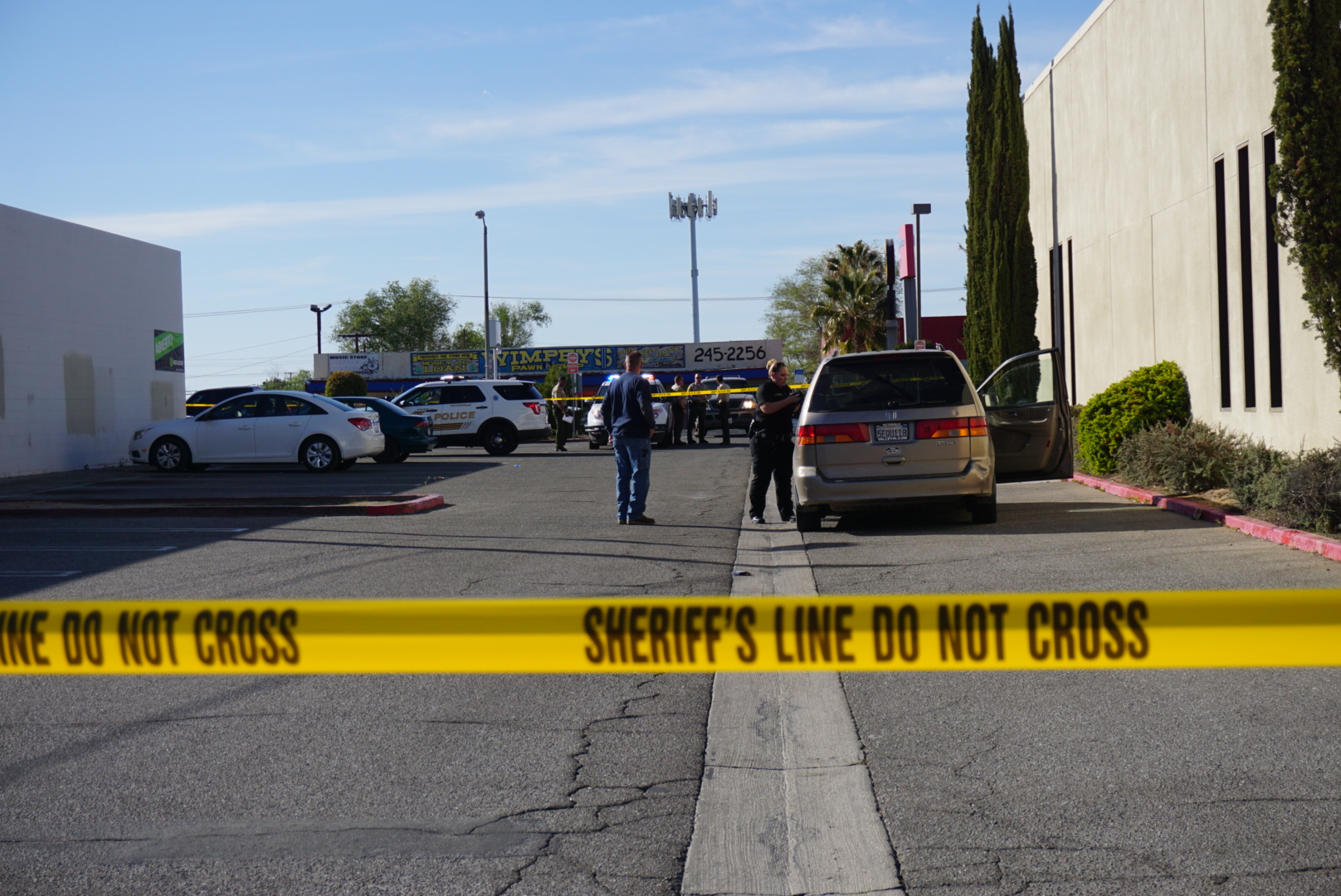 A gold-colored Honda Odyssey van with blood smeared on the passenger side door remained parked in the Bank of America parking lot. (photo by Hugo C. Valdez, Victor Valley News).

VICTORVILLE-(VVNG.com):  Victorville station deputies were dispatched to the report of a stabbing in the parking lot of the Bank of America located at 14723 7th street on Thursday afternoon.

The report was made at around 4:06 p.m. stating that a victim was stabbed in the bank parking lot. Upon arrival they located a 25-year-old male inside of a brown van suffering from a stab wound to his chest.

Witnesses reported that the 31-year-old female suspect fled from the scene on foot while a male witnesses chased her. Deputies were able to quickly detain the female suspect down the street at 17425 7th street.

Victorville Sheriff’s station spokeswoman Mara Rodriguez told Victor Valley News that at this time it is unknown what led up to the stabbing.

The knife was recovered and the incident remains under investigation.

No other injuries were reported as a result of the incident. There is no further information at this time, information will be updated as it is received.

A woman wearing a white sweater sat on a curb along 7th Street. Witnesses told deputies, the woman was seen running from the scene of the crime and is the suspect in the stabbing. (photo by Hugo. C. Valdez, Victor Valley News)