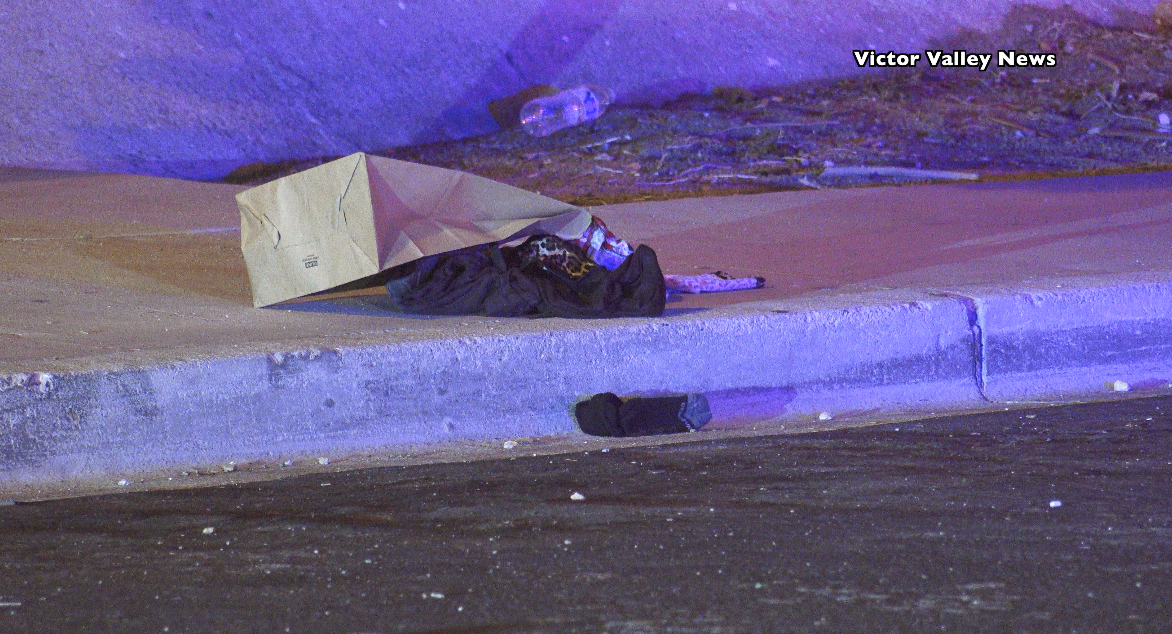 VICTORVILLE, Calif. (VVNG.com) —  A woman was transported to a trauma center after she was stabbed multiple times and beaten by her boyfriend here Sunday night.

Sheriff’s Deputies were dispatched to the 16700 block of A Street near 5th Street in the City of Victorville at about 7:35 pm.

“When deputies arrived at the incident location they found the victim, a 24-year-old Hispanic female adult had been beaten and stabbed several times by her boyfriend after a verbal argument,” police said.

She was rushed to a local hospital and then further airlifted to a trauma center.

A neighbor who spoke to Victor Valley News said the female victim ran into his house from an apartment unit across the street asking for help.

“I wasn’t sure what she wanted but she ran into my bathroom crying and then ran out, by the time she ran out her boyfriend or husband started stabbing her several times on the sidewalk.”

The neighbor said he grabbed a bat and struck the man in his legs.

“I was trying to get him off her, and then he took off,” the Good Samaritan said.

The suspect fled the scene prior to the arrival of the deputies.

“The investigators know who the suspect is. This is an ongoing criminal investigation and the suspect’s name is not being released at this time,” officials said.

Authorities did not provide any description of the suspect.

A Street between Fourth and Fifth Streets were closed while deputies investigated.