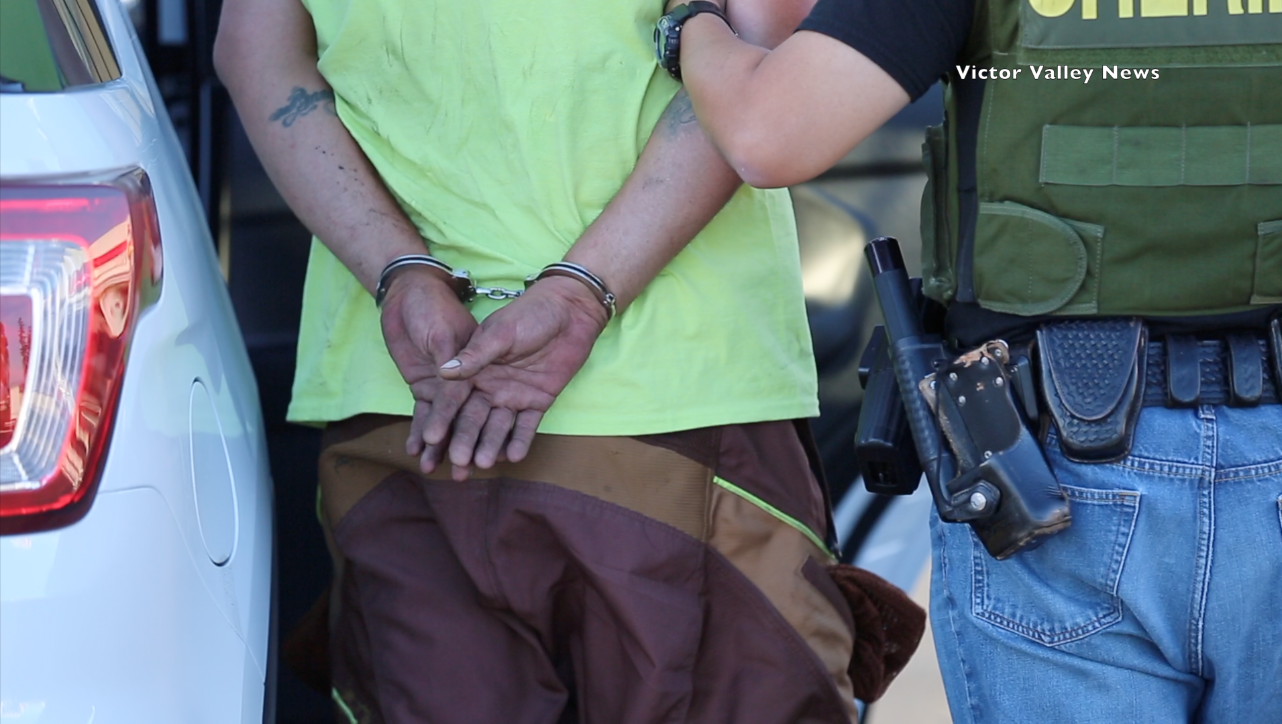 VICTORVILLE, Calif.(VVNG.com) – A woman was stabbed with scissors during a purse snatching Wednesday night, officials confirmed.

A woman was sitting inside her vehicle when an unidentified male approached her and attempted to take her purse, scanner traffic reported.

According to Victorville Sergeant Shelly Kelly, the victim was waiting in the parking lot for her husband.

“The suspect approached the victim and knocked on her window asking for money. The victim rolled down the window and he reached in to grab her purse, that’s when the scissors fell out,” stated Kelly.

The suspect grabbed the scissors and stabbed the victim in the abdomen several times before running off.

When medical aid arrived the victim was laying back in the driver seat of a red Hyundai.

The victim was placed on a stretcher and transported to a local hospital. Her injuries did not appear to be life-threatening.

Witnesses described the suspect as a male with a neon yellow tank top who fled the scene prior to deputies arrival.

The victim was able to perform an infield line-up of the suspect and positively identified him as the attacker.

The suspect was placed into the back of a patrol vehicle and transported for booking.

San Bernardino County Sheriff’s officials did not respond to our request for information at the time of this report.