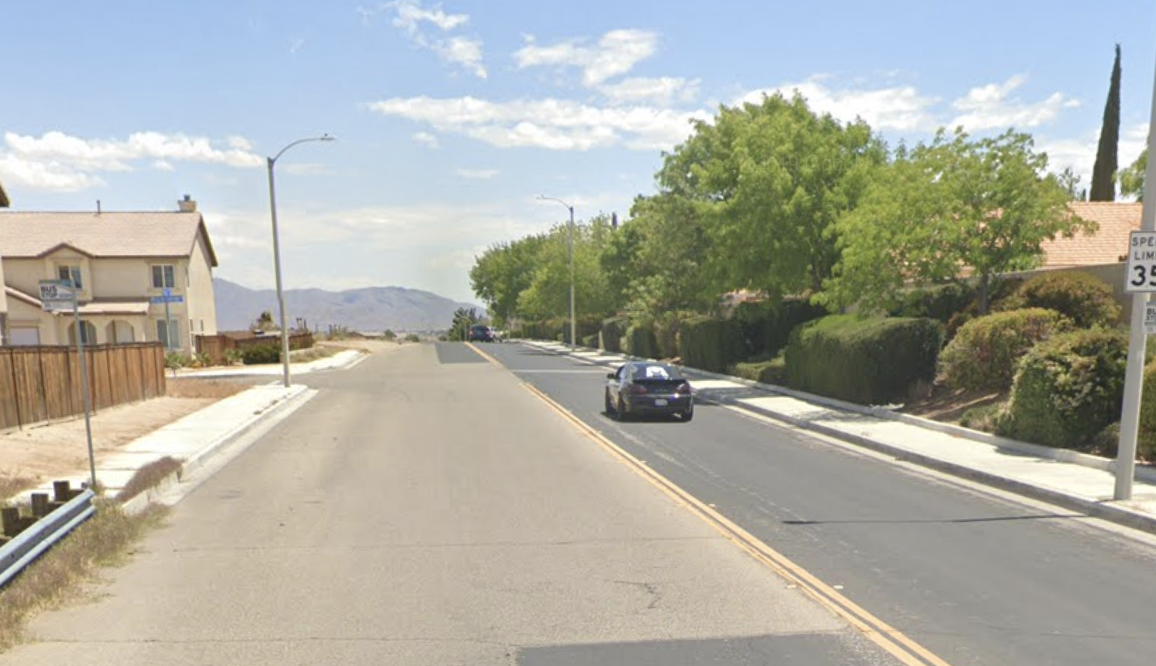 VICTORVILLE, Calif. (VVNG.com) — A man is being sought by police after allegedly robbing a woman at gunpoint in Victorville.

The suspect who was armed with a gun demanded the woman’s money.

“When she did not give him money, he hit her in the face with the end of the gun,” stated sheriff’s spokeswoman Mara Rodriguez. “He fled the scene after taking a small amount of cash.”

The victim‘s injury was non-life threatening and emergency medical personnel responded to the scene.

Rodriguez said the suspect was not located.

The suspect was described as a white male, 35-40 years old, approximately 5’6” tall and 140-150 lbs. He has blonde hair and was wearing a black shirt and black jeans. He fled the location in a white sedan.

The incident occurred less than half-a-mile away from Mojave Vista Elementary School.