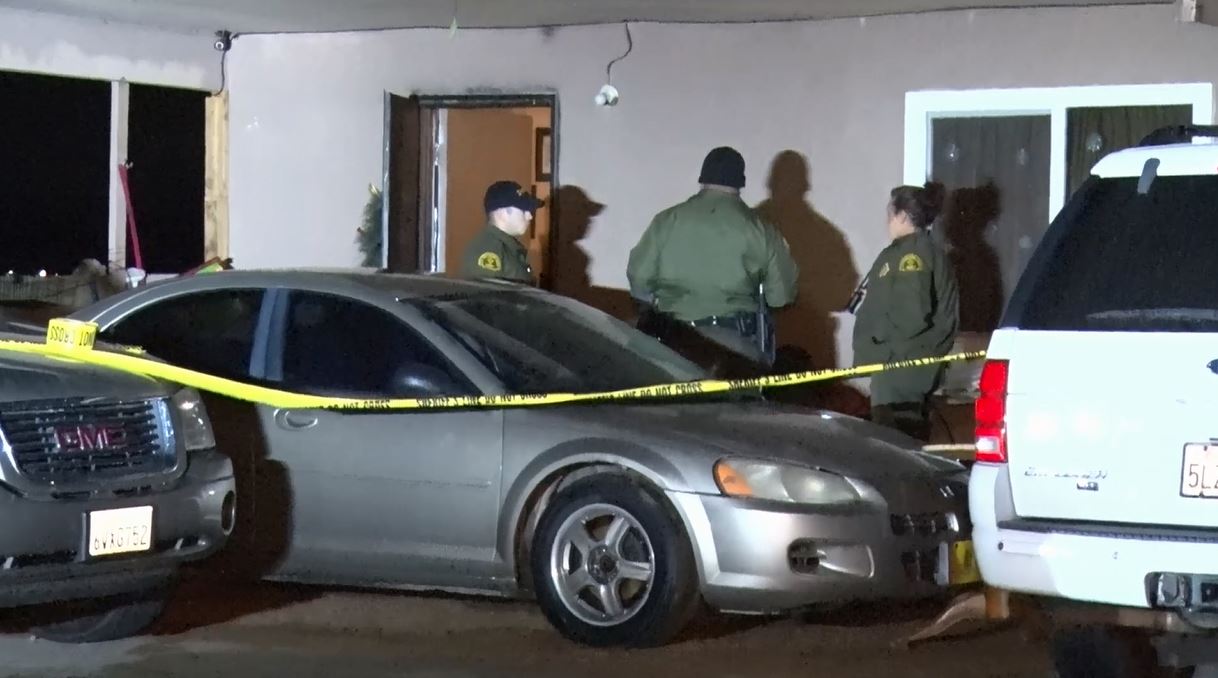 ADELANTO, Calif. (VVNG.com)- An Adelanto woman was rushed to a hospital after she was shot while sitting in her home just minutes after the New Year celebration at midnight.

On Sunday, January 1, 2016, at 12:08 a.m. deputies responded to a residence in the 17800 block of Bellflower Street following the reports of shots fired/shooting at a dwelling.

“A female adult was struck by a bullet while sitting in her home,” said San Bernardino County Sheriff’s spokeswoman Jodi Miller.

The woman was transported by ground ambulance to a local area hospital for treatment.

The call history indicates three suspects were detained however, it is unclear if they were arrested, stated Miller.

At this time, it’s unknown if the round was a stray bullet fired into the air during the celebratory News Years countdown. Or a bullet intended for the victim.

Jaw Bone With Teeth Found in Apple Valley by Hikers