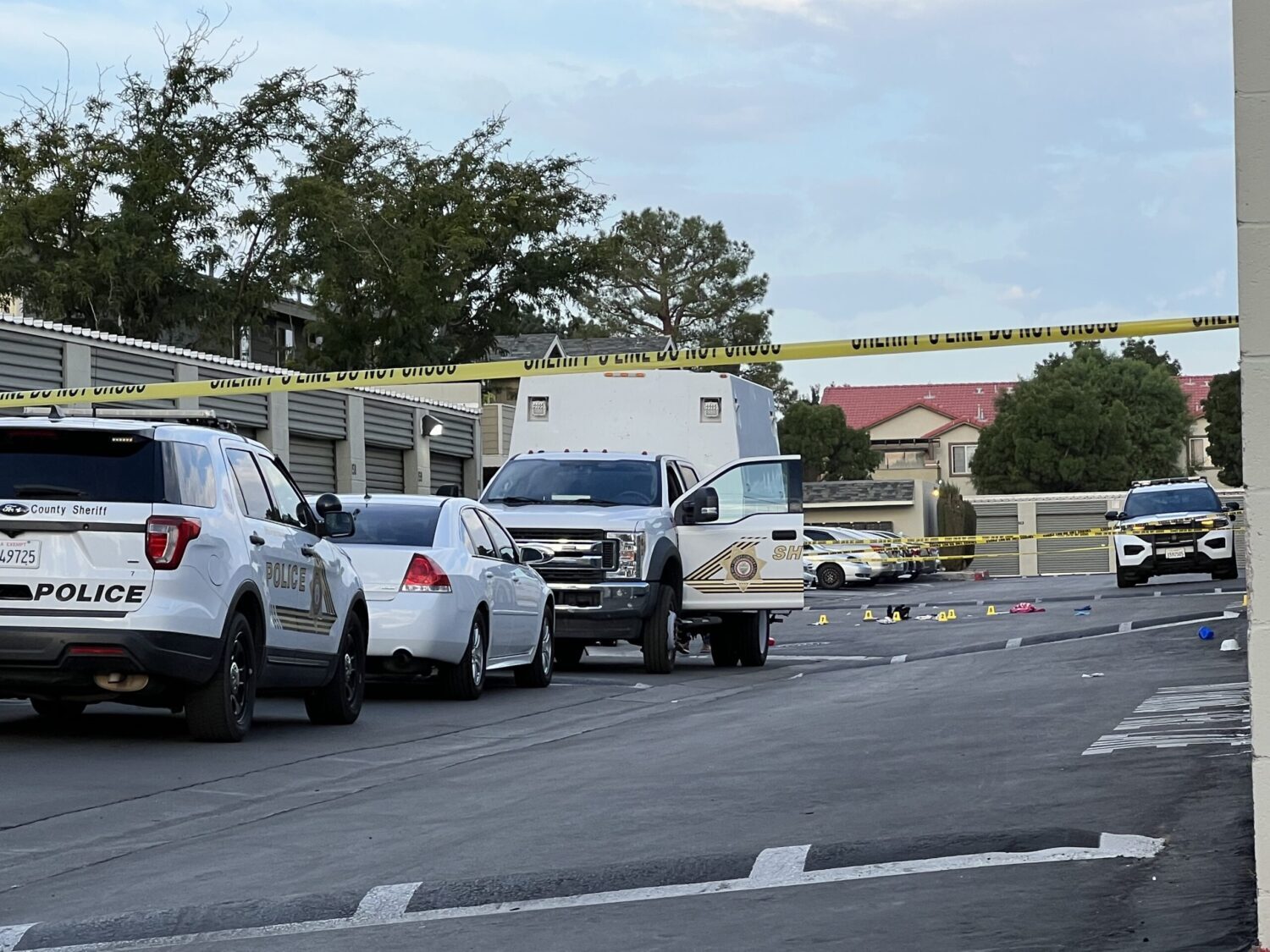 VICTORVILLE, Calif. (VVNG.com) — A woman was shot and killed Thursday night in the parking lot of the Aspire Apartments in Victorville.

Sheriff’s spokeswoman Gloria Huerta told VVNG it was early on in the investigation and the information was limited. “I can confirm there was a shooting. The victim was transported to the hospital and pronounced deceased,” stated Huerta.

Several witnesses spoke to VVNG and said they heard between 5-8 gunshots. Another witness who wished to remain anonymous described the person shot as a young woman.

The Sheriff’s Crime Scene Specialist team along with homicide detectives were at the scene early Friday morning conducting the investigation.

Sheriff’s officials said a press release would be put together when more information becomes available.